Mansell: Today’s drivers will never know what a proper F1 car feels like 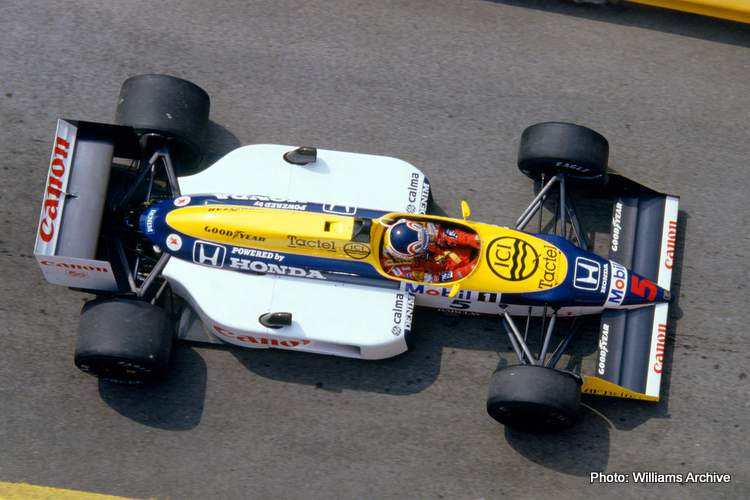 Today’s generation of race drivers “will never know” what racing a “proper Formula 1 car” is like according to 1992 world champion Nigel Mansell, who says the sport’s best era was actually before his title with the super-powerful turbo engines of the eighties.

“Formula 1 will never get back to that,” Mansell, now 65, told the FIA’s Auto magazine. “Driving those turbo cars was the most exhilarating, frightening thing that you could do in your life.

“The Williams FW11B… Nothing comes close to that car, nothing in the world. And Formula One will never get back to that. Really, today’s drivers will never know what a proper F1 car feels like.
In qualifying you literally had up to 1,500 horsepower – it’s reputed that BMW had more. And to have wheelspin in sixth gear down the straight, at 175 or 180mph…

“You cannot put that into words as a driver. At every single corner you came to, the car was literally trying to kill you,” recalled Mansell.

The Briton had his fair share of big-ones in a very dangerous era of the sport and he describes himself in his mid-sixties as “sort of in one piece if you discount a broken neck, three broken backs, a broken arm, smashed toes, 148 stitches for another back injury and all the rest of it.

“Things were moving in the right direction in the 1980s and 1990s in terms of safety but the technology wasn’t really there to make it better. It was still pretty grim,” he added before listing, without a pause, the deaths of Gilles Villeneuve, Riccardo Paletti and Elio De Angelis, then the career-ending accidents of Didier Pironi and Jacques Lafitte, all during Mansell’s heyday in the top flight.

Big Question: Did those F1 cars of the eighties and nineties tick all the right boxes?