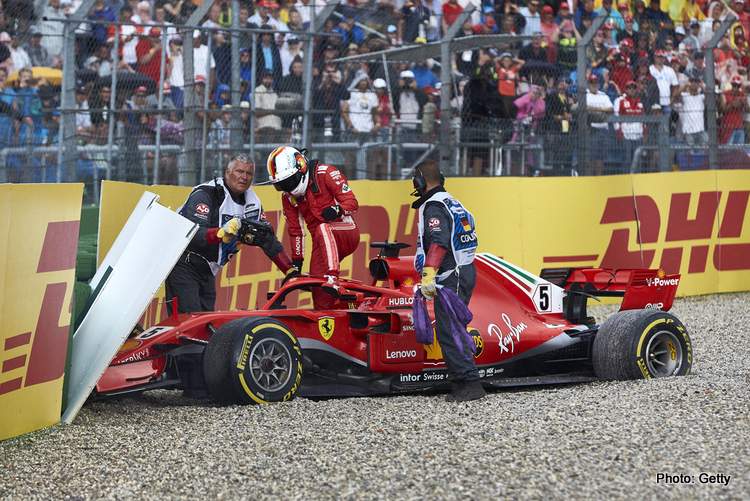 Three former Formula 1 drivers are backing Sebastian Vettel to emerge from his current career crisis as the championship heads to his homeland where the rot exploded last year when he crashed his Ferrari while leading the race comfortably.

Beyond then and particularly of late Vettel has been error-prone which has not won him any fans with many tipping that amid the German’s struggle with Charles Leclerc and a spate of driving mistakes, Vettel could either return to Red Bull or quit Ferrari and Formula 1 altogether.

But Timo Glock told Speed Week that writing off Vettel, 32, as a has-been is “too extreme”.

“He is in a dry spell and needs to wait until it stops. Maybe things are not the way they should be at Ferrari,” the former Toyota driver added.

Asked if leaving Ferrari could fix the quadruple F1 world champion’s issues, Glock answered: “Yes, I think so. We’ve seen it in the sport many times before. Maybe it would do him good.”

F1 legend Gerhard Berger, who was once a young Vettel’s team boss at Toro Rosso, thinks the problem could be pressure, “Sebastian has never liked pressure. He has it at the moment, but he will come out of it too.”

Berger advises Vettel to “keep your nerve, press the throttle and do not read any newspapers”.

As for whether Vettel should quit Ferrari, he added: “Sebastian has to look for where he feels comfortable. There are some who can deliver whether they are comfortable or not. And there are some like Sebastian who need to feel good.”

“The car is clearly difficult to drive, so they need to support Sebastian when he makes mistakes that happen under pressure. He has not suddenly become a bad driver,” added Schumacher, a six-time grand prix winner.

Big Question: What now for Seb?

Vettel: If you want to name one, then Hockenheim