Red Bull: Will it be himmel or hölle in Germany? 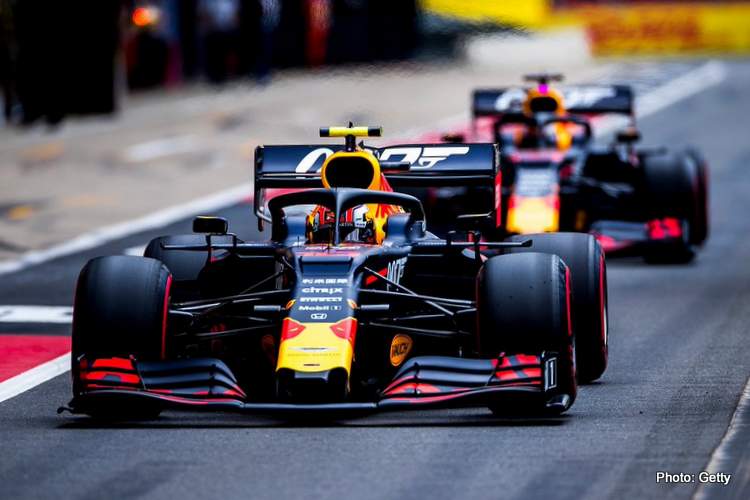 Like the apocryphal curate’s eggs, the German Grand Prix is one of those races that in the past, has been good in parts.

Back in 2009 Mark Webber scored his maiden grand prix with us in Germany. In 2013 Sebastian Vettel won his home grand prix for the first time with us.

The only trouble is, both of those top-step moments came at the Nürburgring, which in the modern era of F1 has hosted the race just three times, and on the other occasion, 2011, Mark was on pole and finished on the podium in third.

The more natural modern home of the German Grand Prix is the Hockenheimring, and in the past it’s been a tough nut for the Team to crack, with no wins in eight visits to the Baden-Württemberg track.

Not that it’s been all bad. In 2013 we finished on the podium with Sebastian taking third and two years ago we bagged a double podium finish with Daniel Ricciardo second and Max third.

The question, then, is what Hockenheimring are we going to get this year? Will it be himmel or hölle in Germany? Well, if the views of Max and Pierre are anything to go by it could well be the former, as both admit to a sneaking regard for the tricky stadium section and the lap time opportunities it offers…

This is almost like another home race for you, as Hockenheim is a little over three hours’ drive from the Dutch border?
MV: Yeah, I like the German Grand Prix and there are always lots of Dutch fans to support us at Hockenheim as it’s not far to travel.

Two top-five finishes in your German GP outings so far, including a podium in 2016. You seem to like it there?
MV: The stadium section is very cool, as you enter into a fast corner and then a banked corner with only a small area of run-off. There is quite a bit of time to be gained through the last few corners if you get the right flow onto the straight.
I think it’s going to be a warm weekend again which is always more challenging and more fun. We’re on a good run with the car and improving every weekend, so I can’t wait to get started again.

Fourth place in Silverstone matched the best result of your career to date, so you must be raring to go again?
PG: I’m excited for the next round in Germany, especially after a strong weekend at Silverstone, and I’m looking forward to carrying this good momentum forward. I was back in the car on Tuesday after the race for the Pirelli tyre test so now I will take a couple of days off, rest a little and then it’s time to train hard and get back in the beast!

You’ve only had one F1 outing at the Hockenheimring, with Toro Rosso last year, but you managed to make up six places in the race. Is it a circuit you enjoy?
PG: I like it and I would have loved to race on the old Hockenheimring, which was even more special than the current one. Nevertheless, it’s still a pretty exciting circuit in terms of racing and last year’s race was quite epic with a lot of things happening. I like the stadium part in the last sector the most, as it’s so technical and challenging. Hockenheim is also the only place in my career where the fire extinguisher has exploded in my face whilst racing, so hopefully this year it will treat us better!