Green: Everything except the Racing Point chassis is new 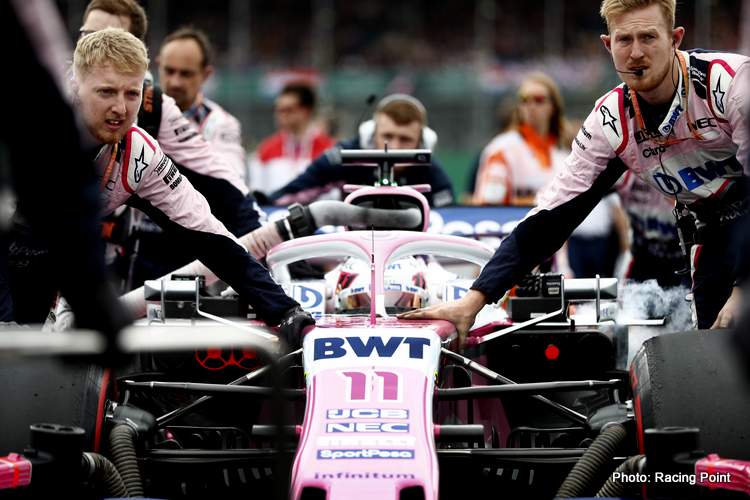 Auto Motor und Sport reports that the much-needed upgrade for the former Force India team’s 2019 car will come in two parts before the summer break.

Racing Point has struggled on track in 2019 in the wake of the team’s near 2018 collapse, takeover by Lawrence Stroll, and renaming.

“Everything except the chassis is new,” said technical boss Andy Green when asked about the B car.

“Previously, an upgrade like this would not have been possible,” he added, referring to the team’s new era since being taken over by billionaire Stroll.

The first step of the upgrade will be the rear of the car, to debut at Hockenheim. The front of the car will then follow in Hungary.

Auto Motor und Sport says it will represent the most significant upgrade seen so far in 2019, with more to come according to Green, “Even after the summer break, we’ll have another upgrade.”

The team has yet to deliver anywhere like they were in the Vijay Mallya days despite the lack of funding that plagued them to near destruction.

The first half of the 2019 season has been explained away as a hangover, but now with huge resources at their disposal the fruits are now set to be laid out and only time will tell if their technical team have hit a home run or if they also strayed up the garden path have a few of their rivals in recent years.

Another bad car will have interesting consequences worth following at the Silverstone based team.

Meanwhile ahead of the race weekend at Hockenheim, team boss Otmar Szafnauer confirmed, “This weekend sees the arrival of some aero development items as we continue our push to bring performance to the track. We will use Friday for testing to hopefully unlock more speed from the car.”

With Stroll, the driver, added, “We’ve had a tough few races recently and our share of bad luck, but the mood in the team is still upbeat. There’s new stuff coming to the car this weekend so there’s going to be a lot of learning during the practice sessions.”
(Additional Reporting: GP247)