SportPesa: We refute claims that our business is closing down 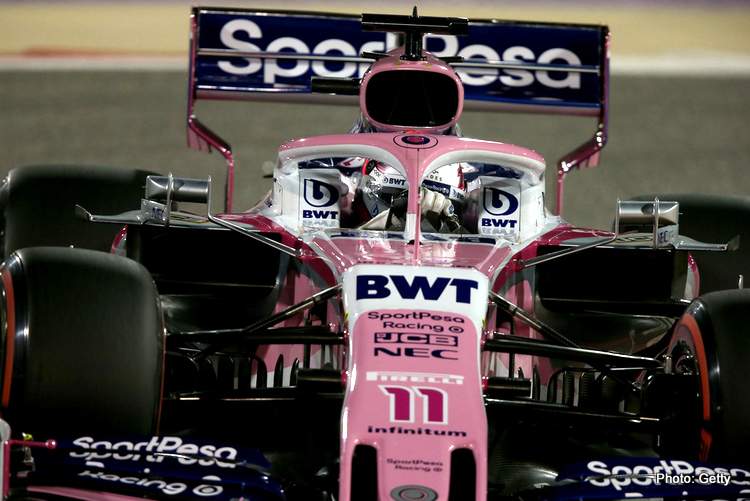 Kenyan sports betting platform Sportpesa has had its operating licence suspended by the country’s government, prompting Racing Point’s title sponsor to deny in a statement that it could be about to fold.

“We wish to refute claims that our business is closing down,” the company reported. “We are in discussions with the government and relevant stakeholders and are positive that we will be back to full operation soon.”

Sportpesa became Racing Point’s title sponsor at the beginning of 2019, he team set up by billionaire Lawrence Stroll and a consortium of close associates.

Hi, it is only our paybill numbers which are still not in operation.
However, if you still have some funds in your SportPesa, you can play with us and withdraw your winnings as usual.
We continue to address the licensing matter with industry regulators and stakeholders.

Kenya has ordered the deportation of 17 foreign directors of betting firms operating in Kenya, the interior ministry said on Wednesday, almost a week after ordering telecoms firm Safaricom to stop processing payments for sports betting firms.

Online sports betting companies such as SportPesa have grown rapidly in the East African nation in recent years, riding a wave of enthusiasm for sports, with the government putting their combined revenue at 200 billion shillings ($2 billion) last year, up from 2 billion shillings five years earlier.

However, that has raised government concern about the social impact of betting. In May, the country introduced new gambling regulations, including banning advertising outdoors and on social media.

The interior ministry said on July 1 that regulator Betting Control and Licensing Board had declined to renew licences of 19 firms while it reviewed their operations and shareholding structures.

Reuters could not immediately ascertain those targeted but Kenya’s Daily Nation newspaper, citing unnamed sources, reported that they included nationals of Bulgaria, Italy, Russia and Poland.

Last week, the government ordered telecom companies to stop processing payments for the betting companies, saying their betting licences had not yet been renewed.

Each betting firm is assigned a unique number, known as a pay-bill, which is used to process payments from users who place bets on their mobile phones and to pay off those who win.