Inside Line: Ferrari should make a raid on Red Bull’s top guns 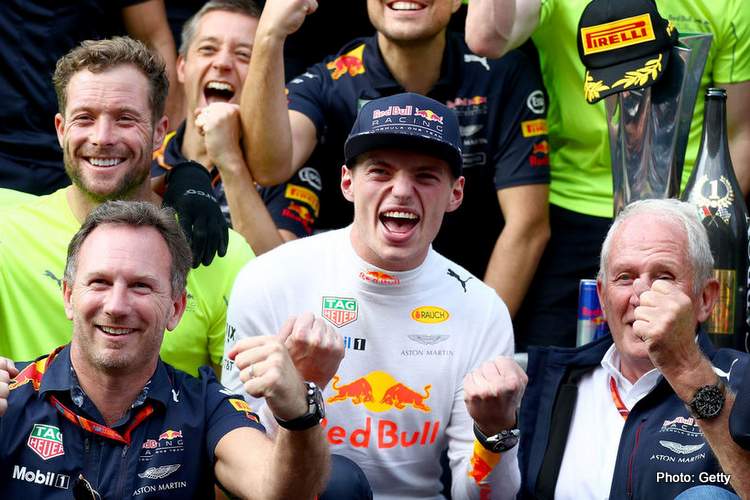 While the woes of Ferrari are well and truly documented, it is clear that the big bosses at Maranello – John Elkann and Louis Camilleri – are mysteriously looking the other way as Mattia Binotto is left dangling like a wet rag in the wind.

We will soon be informed of a structure change at the Scuderia with a trio of engineers set to take over Binoto’s duties in the technical department. Apparently, the structure has been in place in the red pit garage since Austria but for some reason, we are to be told about it around Hockenheim time.

One assumes that this will allow the team boss to get involved in the political side of running the show while the men who appointed him are despairingly invisible.

As unsuited as he is to the role, Binotto must become Luca di Montezemolo of a quarter a century ago and look to the current Formula 1 landscape to see the future, see what Luca saw in Michael Schumacher and the troupe at Benetton all those years ago and then buy the lot!

That group today is Max Verstappen, Christian Horner, Adrian Newey and Helmut Marko. And if you look at the parallels they can be remarkable to the open-minded.

On the premise that Max is going to be the best, or among the best, of this era for at least another decade and a half, it’s pretty much as Michael was at the time, although the German had titles, but no Mercedes to contend with.

Of Luca’s corporate raid on the house of Benetton and Flavio Briatore got Gerhard Berger and Jean Alesi from the Reds. Word is the Scuderia even paid their salaries that year, but that’s just naughty gossip among scribes.

So Mattia as the modern-day Luca, Max will be Schumie who brings along:

If they keep Charles Leclerc in the other car we will suddenly have the dream team to take Ferrari to the next generation of glory. Two guys who will drag each other to greater heights. The next generation Pironi-Villeneuve, Senna-Prost, Lauda-Hunt, Mansell-Piquet, Hakkinen-Schumi; Rosberg-Hamilton.

And those who know the scarlet history of Ferrari will know how the great Enzo enjoyed pitting his drivers up against one another to get the best out of them. But that’s a yarn for another time…

The pairing of Charles with Max, and the abovementioned heavy-hitting ‘former’ Red Bull entourage, might be the only solution left to return Ferrari to future in the short-term.

And all they have to is simply check on the blueprint of their own Golden Age.

I am not sure this type of transaction could even happen and for sure Red Bull are smart enough to have their bases covered. If anything that their quartet is the solution to Ferrari’s problems is a feather in their cap.

Furthermore, with Honda stepping it up this year, they may collectively feel that they would be getting off a very good thing that looks set to do the business for them again.

But still, I cannot help thinking about Ferrari and their implosion, Seb’s waywardness. Although not a fan I am mates with several who bleed tifosi red and as en Everton supporter know their pain.

And of course, F1 needs a strong Ferrari again if only to break the curse of Mercedes perfection. Time for all of F1 (apart from their fan base of course) to collectively take on this colossus by rising to their lofty benchmarks.

Which might only happen by putting the best of Red Bull and the Reds into one platoon and go to war with Max and Charles leading the charge.

If I were Ferrari, I would break the bank for the four Bulls herein mentioned and trigger the next decade of high-level entertainment in the top flight. Guaranteed.

I thought it worth putting it out there for discussion sake on a quiet day in our F1 world and at a time when Ferrari needs a fix and fast.

Big Question: Should Ferrari make a corporate raid on the Blues?