Gasly: I am someone who is always optimistic 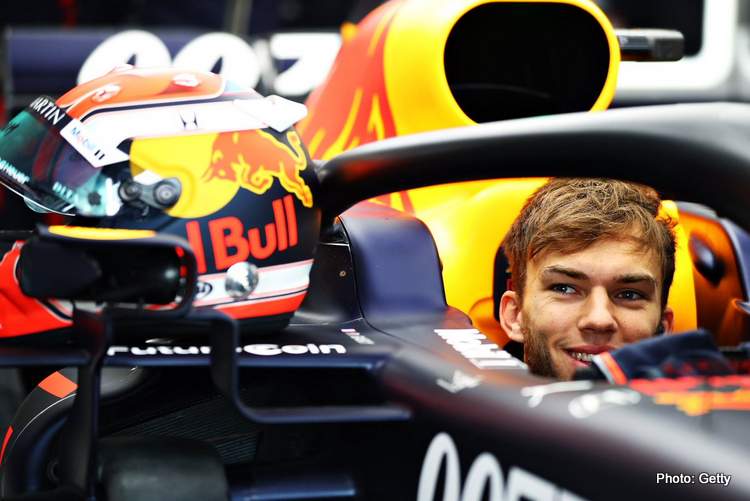 After a well below-par start to his Formula 1 career with Red Bull, Pierre Gasly redeemed himself with his strongest showing thus far alongside teammate Max Verstappen during the recent British Grand Prix weekend.

Gasly appeared to have a slight edge during the three practice sessions at Silverstone, although he was beaten in qualifying by his highly-rated Dutch teammate, the Frenchman outscoring the Dutchman last Sunday.

Outscoring rather than beating him as Verstappen’s race was seriously compromised by a wayward Ferrari in the hands of Sebastian Vettel.

Gasly did not put a foot wrong on his way to fourth place, his best result in F1 since he finished fourth in Bahrain last year with Toro Rosso.

Much was expected of the Frenchman who stepped up from the Red Bull junior team to replace Renault-bound Daniel Ricciardo, but that’s where the fairytale went dark as he has struggled to find his sweetspot with the RB15 while his teammate shines in a similar cockpit.

Gasly has more than once said he is not stressed by his situation, but did admit after Silverstone that the result was a timely boost for a driver who has two more races to convince Red Bull’s Helmut Marko that he is the man for the job.

“I am someone who is always optimistic,” declared the 23-year-old. “I have always been confident that once we get everything sorted things will get better. I am happy that things came together this weekend. But I think we need to keep pushing in that direction and we can get even more.

“I am pleased with fourth place but of course as a competitive guy, I am a bit disappointed to miss out on the podium by a couple of seconds. I think we need to look at the whole picture and the whole weekend, which was a big step forward.”

Nevertheless, he needed a big result sooner rather than later, and at Silverstone, he took a step in the right direction, “By far the best weekend of the year, so we can be pleased.

“There were quite a lot of things going on after Austria, a lot of meetings with the team checking the whole weekend and how to improve things. We made a lot of changes and I am pleased that from the first session we could see the big step forward.

“It was a strong Friday, strong Saturday and strong Sunday. I just enjoyed the whole weekend a lot more so I think we can be pleased with the step we made,” reflected Gasly.

It would be fair to say that the Red Bull number two driver is having a crisis of confidence but, at the same time, his team are doing what they can to help their driver find his mojo.

He acknowledged, “I think there are so many things that made it possible; it wasn’t like one big thing, it was many little things to sort out and to maximize. It is still not perfect but I think we did a massive step forward in every area.

“We still need to find that extra, final step to make it to the podium but the whole weekend was strong,” added Gasly who will now seek to find consistency in his performances as he still has to raise his game considerably to match the driver he shares a garage with, let alone beat him.

Best of the #BritishGP 🇬🇧 Wrapping up a weekend to remember at race 1007 👊 #givesyouwings pic.twitter.com/8GrbvXbtR0

Big Question: Can Pierre sustain the improvement and then find the consistency to match Max?