Sir Jackie Stewart: The greatest challenge of my life continues 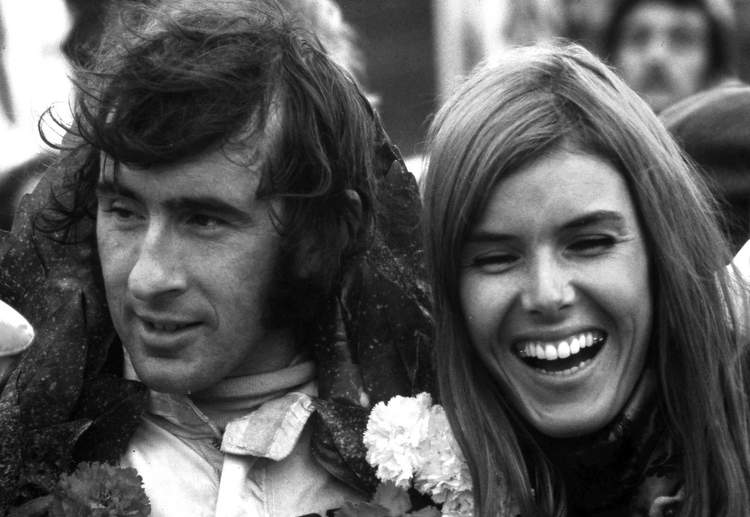 Sir Jackie Stewart shed light on the battle he and his family are enduring as his beloved wife Helen suffers from dementia, which is proving to be their greatest challenge.

The living Formula 1 legend, a triple World Champion and veteran of 99 Grand Prix races, and his wife were F1 royalty in their heyday. The pair the face of the sport in the early seventies.

But since Helen was afflicted by the disease five years ago Sir Jackie has previously labelled his current experience “the greatest challenge of my life” and clearly, that struggle continues to this day.

Sir Jackie launched his Race Against Dementia endurance race event and research programme and was at Larkhall Kart Circuit on Monday this week to open the revamped track.

Also present for support and to promote the cause were David Coulthard, Dario Franchitti, Lando Norris, George Russell and F1 World Champion Damon Hill along with academics from the University of Edinburgh.

Speaking to reporters att he event, Sir Jackie said, “Cancer and things like that seem to have got more attention but the pain and suffering of people with dementia and how it affects a family is absolutely horrendous.”

Currently, Lady Helen is cared for 24/7 by a team of eight neuroscience nurses at their mansion on the banks of Lake Geneva which is reportedly geared with state-of-the-art medical equipment for her treatment and survival.

“I’m lucky that I was a racing driver and I can afford to have nurses and the neuro nurses that I’ve got looking after Helen. We’ve been married for 57 years. She’s a fantastic woman, did all my timekeeping and everything else.

A really bright brain, and suddenly she gets dementia and she has no memory at all, hardly. [She finds it] very difficult to walk and has to have help all of the time, so I don’t know why [[people forget] but I suppose some people say it’s all because they’re getting old.

This past weekend Sir Jackie and Lady Helen attended the British Grand Prix as well as Wimbledon, and the sport’s elder statesman revealed, “Helen had a wonderful day at Silverstone on Friday, but she couldn’t remember being there on Saturday.

“She remembers our past, her long term memory is still there, but sadly I think that is going to disappear.’ Describing the care his wife receives, he said: ‘We have seven nurses looking after Helen. Only two at a time but 24 hours a day. Very few people can afford that.’

“I love Helen very deeply. She still loves to be cuddled and kissed and I’m very happy to be giving it,” added Sir Jackie, whose 27 grand prix victories from 99 races remains one of the sport’s most remarkable accomplishments.

Unless a cure is found, one in three people born today will get dementia in their lifetime. #dementiaresearch pic.twitter.com/mP6lxXMwHE