Mazzola: The SF90 is not suitable to Vettel’s driving style 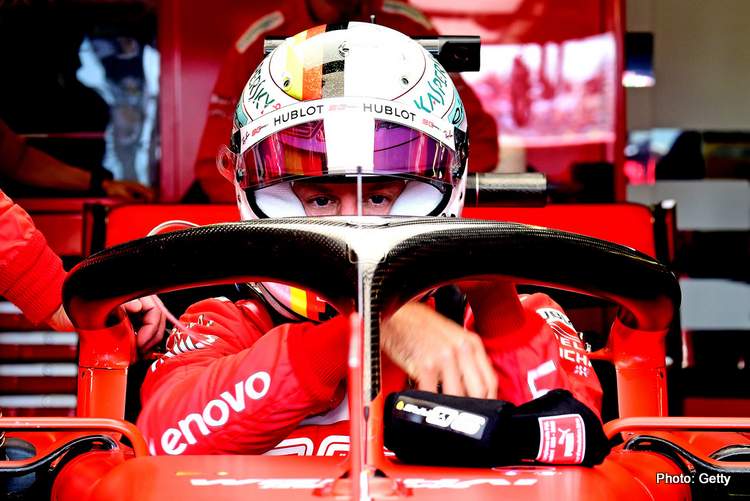 It was another glaring error by Ferrari’s four-time F1 World Champion which dropped him out of the points while his rival Lewis Hamilton bagged the max for his title bid with an easy victory.

Notably, the crash deemed Vettel’s fault by all, prompted an immediate apology by the German came after his first altercation with Verstappen on the day. Earlier the Dutchman had us all on the edge of our seats as he duelled wheel-to-wheel with Vettel’s teammate Charles Leclerc – with no damage or contact, just hard racing.

When a bunch of cars hurtle into a corner, or there is an incident, cue Vettel’s Ferrari to come out the worse for wear, in other words: a crash magnet.

In an effort to get to the bottom of Vettel’s problem, Turrini tapped into the opinion of Ferrari veteran Luigi Mazzola, head of Maranello’s test team during the Michael Schumacher golden era at the Scuderia.

Mazzola told Turrini, ” I do not agree that Seb is a driver at the end of the line in his F1 career. Yes, he is facing very real difficulties.”

Increasingly the question is whether Leclerc, in the sister car and ten years Vettel’s junior, is the problem he is having.

“The boy has the talent of the predestined,” said Mazzola of Leclerc “The German lives with the pain of the exponential growth of his younger teammate but this is part of the career of every driver ”.

Is that the one and only problem?

“Obviously not, there is more. The car,” reasoned Mazzola. “I’ll explain. It is clear that the technical features of the SF90 is not suitable to Vettel’s driving style. The car is unstable, taming it is not easy. Seb has a different sensitivity to that of Leclerc.

“I add another thing, even when he had Raikkonen beside him, the German sometimes had more trouble than Kimi to understand the car. This is nothing strange, they are dynamics that are part of a driver’s make-up. ”

There is an argument that Vettel is virtually unbeatable when he has a dominant car with the garage tilted in his favour, everyone working for his cause, as they did at Red Bull during that glorious four-year spell in which he won his quartet of titles.

Mazzola suggests that if you add those ingredients, coupled to a certain desperation of not being in the best car and going up against the mighty Mercedes, you have the reasons for Vettel’s problems.

The former Ferrari engineer continued, “Hamilton’s fastest lap on Sunday was shocking. At Ferrari, they have a lot of work to do and must be sure to find the right technical solutions.”

Shocking indeed as once again the silver cars dominated qualifying and disappeared into the distance for a comfortable and unchallenged one-two at Silverstone. Hamilton then added insult to injury by setting the fastest lap on the final lap of the race with tyres that were 32 laps old!

Post-race, Turrini summed up, ” It’s not Seb’s annus horribilis just yet, but the collision with Verstappen is like a black curtain falling. Simply, it’s up to him, to Vettel, to look for and give the right answers. I don’t believe in identity crisis or even sudden declines.

“However, no one can know the truth better than the person concerned. If it were Leclerc his problem, that would be a big problem,” added Turrini.

As for Leclerc, fantastic and he hasn’t won a race yet! And he won’t win, I presume until Binotto gives him and Vettel a car to take the fight to the Mercedes who can grab the fastest lap with worn rubber at the end of a race! That’s what we want,” concluded Turrini.

Big Question: What does Seb have to do to emerge from this slump?