Steiner: It’s unacceptable, I couldn’t believe my own eyes 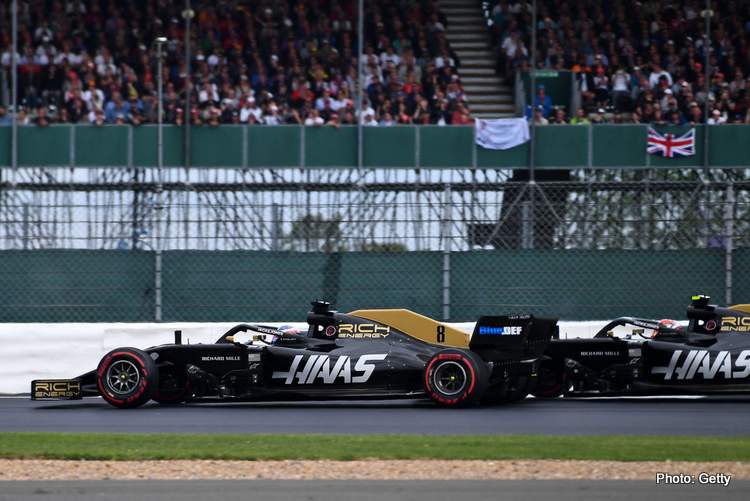 Team principal Gunther Steiner says Haas’ two drivers made a bad situation even worse at Silverstone, as the American team had spent the entire race weekend embroiled in a saga with its controversial title sponsor Rich Energy.

That situation may now end up in the courts.

“Our client is entitled to recover by way of damages from Rich Energy the $7.5 million currently outstanding,” read a letter from Haas’ lawyer to Rich Energy’s William Storey.

The letter indicated that Haas may also sue for a total of $44 million, for the contracted years 2020 and 2021.

Haas has also been struggling massively in 2019 with the Pirelli situation, as the team most badly affected by the difficult-to-understand tyres.

Then in the race, Kevin Magnussen and Romain Grosjean collided on lap 1 and both ultimately retired.

“The best that our drivers could bring to the battle was a shovel — to dig the hole we’re in even deeper,” said their boss.

Steiner said he could “hardly believe my own eyes” when he realised that the two black and gold cars had been damaged by colliding.

“After Barcelona they got a clear instruction not to do that,” Steiner told BT newspaper. “It’s unacceptable. The team is in a difficult situation, where everyone is trying everything to solve the problems, and here we finally had the prospect of doing well.”

Steiner revealed that he spoke with both drivers after the race, “They didn’t say anything. It was me who spoke. And I didn’t need much time to do so,” he said.

“They both have a problem,” Steiner added. “Maybe I want to listen to their explanations, but maybe not. Now I have to sleep on it, and then we will find out what should happen. At some point you have to take responsibility.”

Big Question: What does Guenther have to do about his drivers?