Silverstone paying far less than most to host Formula 1 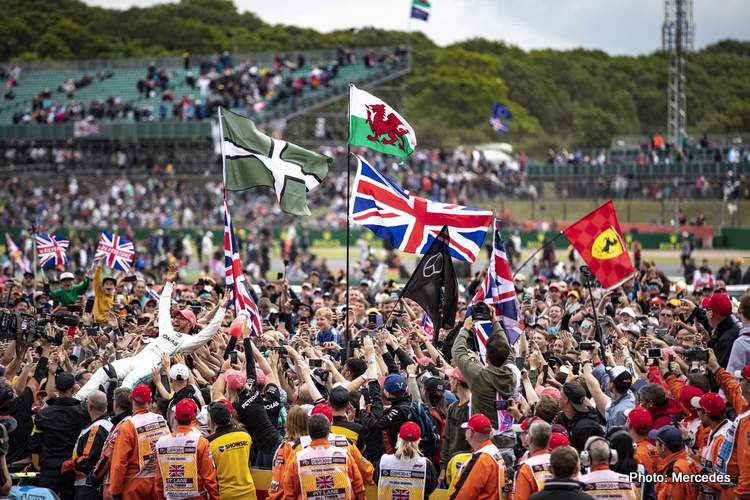 Silverstone has played down reports about the new British Grand Prix race fee, with no one providing light on the amount of money that will change hands between the owners of the iconic venue and Formula 1’s new chiefs.

Earlier this week, F1 announced that Silverstone will remain on the calendar for the next five years at least.

Substantially less than the likes of Bahrain and Abu Dhabi are paying to host their races, although hard to confirm its believed both deals combined are well north of $100-million for the luxury of hosting F1 in the Middle East twice annually.

With regards to Silverstone, F1 business journalist Christian Sylt told Forbes that $25-million would be 3.6 per cent lower than the previous contract, but he also claimed: “A well-placed source said yesterday that Silverstone actually settled on $17 million, not $25 million as has been reported.”

Either way, Silverstone appears to be paying less than the previous contract, which could interest promoters not only in the Middle East as mentioned above but also in Germany, Italy, Mexico and Spain who are also in talks with Liberty Media.

Liberty would not comment on the $25-million fee. But a spokesman for the British circuit said: “I don’t know where this figure came from.”

“The only time a figure was mentioned in the press conference it was $125m but that referred to the amount of investment that will go into the Silverstone site over the next five years and was nothing to do with the contract,” the venue spokesman added.

Ameinfo reported in March last year that: “In order to host an F1 event, an organizer must pay a flat fee of $30.4 million, and over the life of the contract, they include a flat fee escalator which is a fixed percentage of up to 5% per year.

“This has brought Bahrain’s estimated fee at just under $53 million, according to Forbes. Abu Dhabi’s fee is estimated at $84 million, as per CNN, amounting to $1.2 billion in fees from both countries over the course of 14 years.”

Shortly after being deposed from his F1 supremo thrown, Bernie Ecclestone actually admitted in Bahrain two years ago: “When I convinced these people to build this place [Bahrain International Circuit] and all the other places, I feel a little bit responsible.”

“I charged them too much for what we provided so I feel a bit responsible. So when they ask me things I try and help them. We’ve delivered… Nothing to do with Liberty, and it went on my watch, we didn’t deliver the show that we charged them for.”

Ecclestone: I charged them too much for what we provided