Leclerc: The most fun I’ve ever had in my F1 career 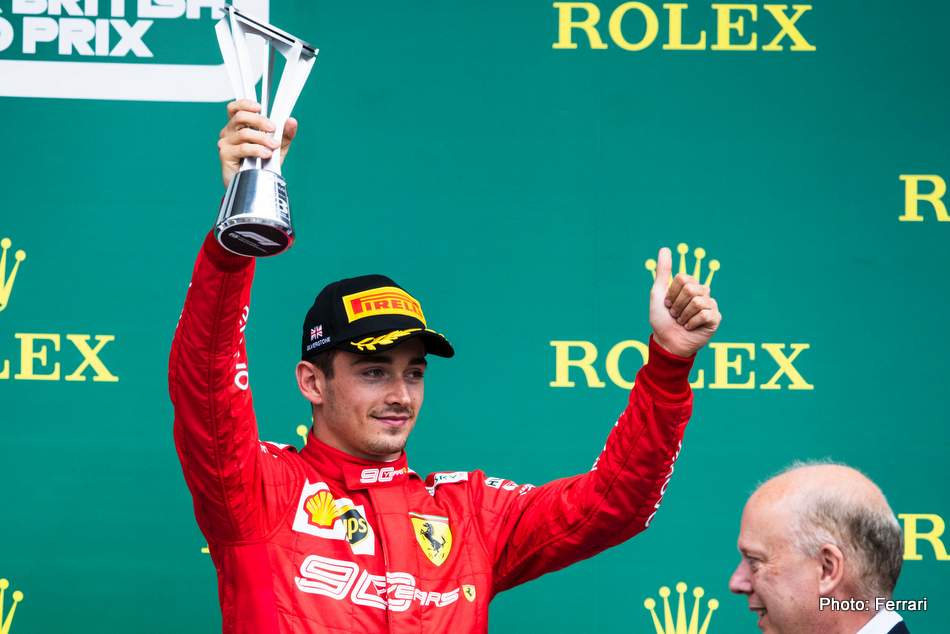 Even if he insisted revenge was not on his mind, Ferrari driver Charles Leclerc gave Red Bull’s Max Verstappen a taste of his own medicine in another thrilling duel between the talented 21-year-olds at the British Grand Prix on Sunday.

Two weeks after the pair had battled for the lead in Austria, with Frenchman Leclerc forced off by his determined Red Bull rival, the Ferrari driver showed he had sharpened his elbows and learned a lesson.

The wheel-to-wheel, nose-to-tail duel at speed between the two at Silverstone lit up the race as the pair battled behind Mercedes drivers Lewis Hamilton and Valtteri Bottas.

The stewards in Austria made clear they were keen to let the drivers race and the Monegasque duly ‘adjusted his aggression’ as he finished third on Sunday, with Verstappen fifth.

“I think that Austria was quite an eye-opener for me to understand how far we could go and what was accepted and I’m very happy at the end to race like this,” he told reporters.

“I think every driver wants to race hard and that’s what we did during most of the race. It was very, very fun, always borderline, but I think always in the rules and very, very enjoyable from the car,” added Leclerc.

The pair even went side-by-side down the pitlane at Silverstone, after coming in together for the stops, with Verstappen pulling out at more or less the same time as Leclerc.

“That was definitely the most fun I’ve ever had in my Formula One career. Well, it’s a short career, only one year and a half, but it was definitely very, very fun from inside the car.”

The audience clearly agreed, voting the Ferrari man their Driver of the Day.

Verstappen’s hopes of a podium ended when Leclerc’s Ferrari teammate Sebastian Vettel rammed into the back of the Dutch driver’s car in another battle for third.

Big Question: How long before Charles wins a grand prix?