Honda: It wasn’t the best race for us 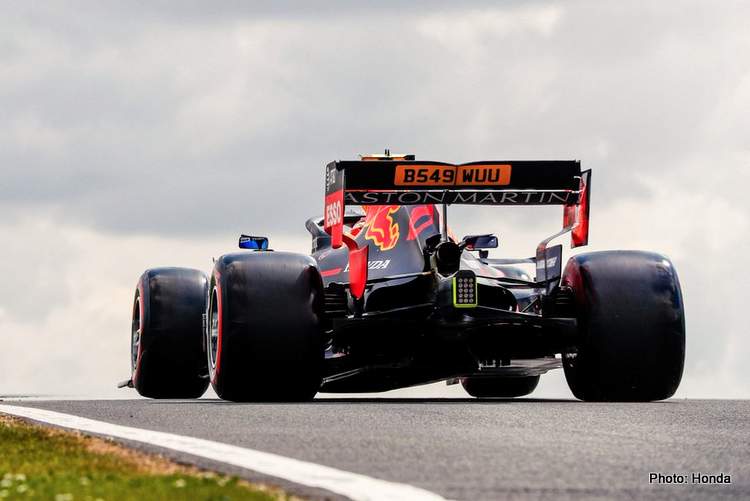 A podium finish was snatched away from Aston Martin Red Bull Racing due to an error from Ferrari’s Sebastian Vettel but three of the four Honda-powered cars still picked up points in the British Grand Prix.

Max and Pierre both ran inside the top six in the early stages, with Max attacking Charles Leclerc and Pierre diving down the inside of Vettel at Turn 3 to take fifth place.

Red Bull did an excellent job to get Max ahead of Charles into third place in the pit lane, and the pair swapped positions for a number of laps before a Safety Car period that saw Vettel move up to third and Pierre fourth ahead of Max and Leclerc as the latter two made second pit stops for hard tyres.

At the same point, Alex had risen to run inside the points but had already pit to switch from soft tyres to mediums and needed a second stop. Unfortunately, a power unit concern left the car suffering with a high voltage issue and Toro Rosso were advised not to make a second stop on safety grounds, with Alex dropping out of the points in the closing laps.

Daniil was driving a strong recovery race after a difficult qualifying, and after pitting for mediums early in the race he swapped to hard tyres under the Safety Car and was able to climb into the points with a strong ninth-placed finish. Ahead, Max overtook Vettel around the outside into Stowe to regain third place with 15 laps remaining but the Ferrari then ran into the back of Max two corners later, relegating him to fifth behind Pierre.

Despite the lost podium, the power unit ran well in both Red Bull cars as they were both competitive throughout in fighting for the top three, with Pierre equalling the best result of his F1 career in fourth place.

Toyoharu Tanabe, Technical Director: “It is very disappointing to have lost what looked like a certain podium finish with Max because of the accident, when he was running so strongly. On the positive side, Pierre has had his best race weekend of the year, equalling his career-best fourth place to date. We hope to see him challenge for the podium in the coming races.

“At Toro Rosso, thanks to strong pace and a good strategy, Daniil went from 17th to finish in the points. Unfortunately, Alex dropped out of the points in the closing stages, as he was unable to make the second tyre stop that he needed. This was PU-related, as the data showed a high voltage issue, so we told the team it was inadvisable to make a second stop on safety grounds.

“Of course, we will now analyse this issue very carefully. It wasn’t the best race for us, but for the fans it was another really exciting Grand Prix. We will now concentrate as usual on our development programme, as we head for another pair of back to back races.”