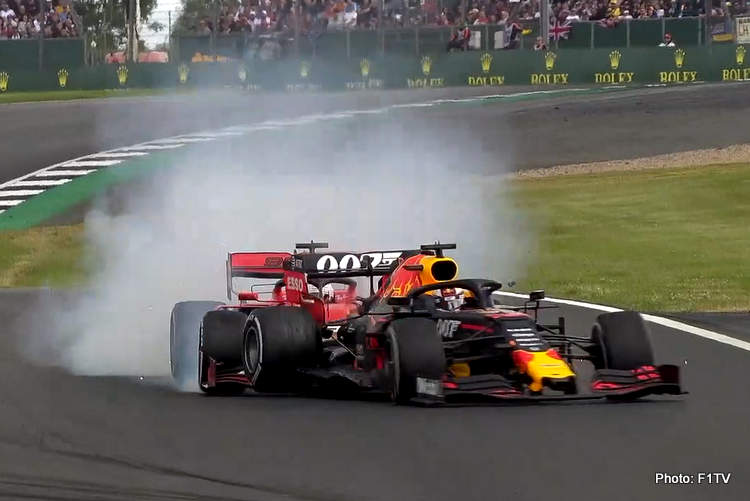 Sebastian Vettel clattered into the back of Max Verstappen as the pair duelled for third place in an action-packed British Grand Prix, taking them both out of podium contention but they continued.

Through Stowe the Ferrari appeared to be sucked into the back of Verstappen’s Red Bull, when Vettel got on the brakes it was too late as the red car rammed the blue one causing both to spin into the gravel.

The Stewards looked at the incident and a few laps later issued a ten-second penalty to Vettel for causing the accident.

Afterwards, Vettel admitted, “Well it was my mistake so obviously he passed me and then ran a bit wide which gave me the chance to come back then I looked for a second that he was going to the right and there would be a gap of the left which didn’t open and by that time it was too late and I crashed.”

Verstappen recovered to finish fifth with Vettel out of the points and dropping another 26 points to race winner on the day and archrival Lewis Hamilton.