Williams: We will probably see a mix of race strategies 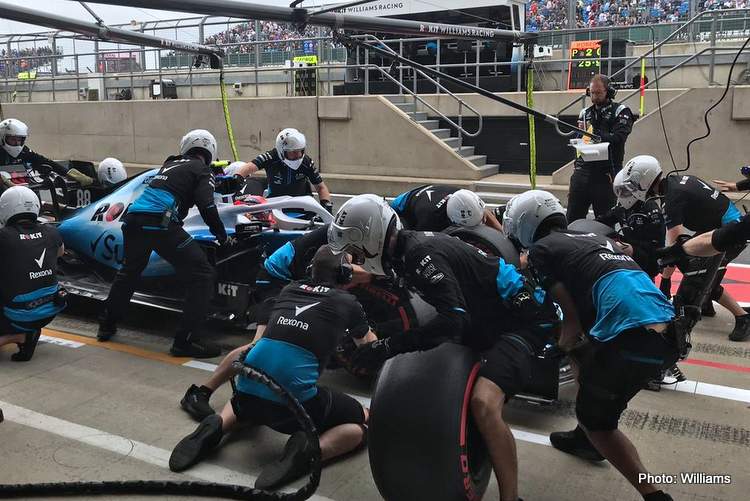 Williams report from qualifying for the British Grand Prix, Round 10 of the 2019 Formula 1 World Championship, at Silverstone.

Dave Robson, Senior Race Engineer: “We had a productive FP3 despite the few drops of rain and, in fact, this gave us the chance to complete our first lap on the 2019 Intermediate tyre. Once the track was fully dry again we were able to complete the intended programme using the qualifying tyre.

“Conditions at the very beginning of qualifying appeared to be the best, and both George and Robert were able to complete decent laps. Both tried a second run but, as was the case for most drivers in that session, neither were able to find an improvement.”

“Looking ahead to tomorrow, the cooler conditions that are currently forecast will influence the tyre behaviour. As a result, we will probably see a mix of race strategies, with the front left potentially being the limiting tyre, due to the heavy demands of the fast righthand corners such as Copse and Stowe.”

George Russell: “We did a solid job with the set-up today and got the most out of the car. It was a good lap, it felt nice to drive and I had a smile on my face at the end. The support from the home fans has been incredible, and to see them appreciate the job that I am doing is a really special feeling.”

Robert Kubica: “The weather conditions here are a big factor, I felt more comfortable during my first run as the wind picked up throughout the session. It was clear to see the difference in conditions as we gained speed in some areas but lost in others. Overall, it wasn’t a bad qualifying session, however, the outcome is, unfortunately, the same.”