Vettel: I didn’t have the speed and I don’t have an answer 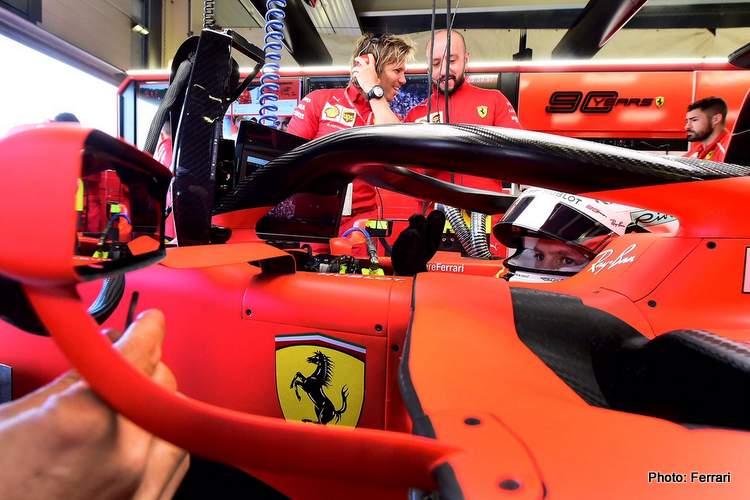 Sebastian Vettel has the dubious honour of starting the British Grand Prix from sixth on the grid, in other words, slowest driver of the top three teams during qualifying at Silverstone on Saturday afternoon.

The Ferrari driver was not sure why he ended Q3 six tenths down on his teammate Charles Leclerc who will line-up third on the grid for the race on Sunday.

Talking to reporters after one of his worst quali showings this season, Vettel said of his session, “I’ve had worse ones… at least I took part. I don’t know, I didn’t have the speed. I guess it’s pretty clear you go faster from Q1 to Q3 without doing anything but we didn’t do that today.

“The race is never a problem, I would rather start further up in the race – normally it’s fine – Mercs will be quick but race pace will be fine I think – it will be a tough battle between us and the Red Bulls.

“Looking at our long run pace from free practice, I expect to be more competitive in the race tomorrow. It looks like Mercedes start favourite, but I think we can take the fight to the Red Bulls and then see what we can do from there,” added Vettel who won the race here last year.

With Leclerc third fastest and only a tenth and a bit down on Ferrari, Binotto was upbeat despite what was another trouncing by Mercedes, “We are definitely pleased with the performance of the car today, after the difficulties we experienced yesterday.

“Overnight, thanks to work in our simulator, we managed to modify the set-up. This meant the drivers found they had more confidence in the car, primarily because it was better balanced, especially the front end where it suffered yesterday.

“As for Sebastian, in the final part of qualifying, he did not feel comfortable or confident with the car. That is a shame, as we believe that he could have qualified better, confirmed the Ferrari team boss.