McLaren: We’re in a good position to fight for good points 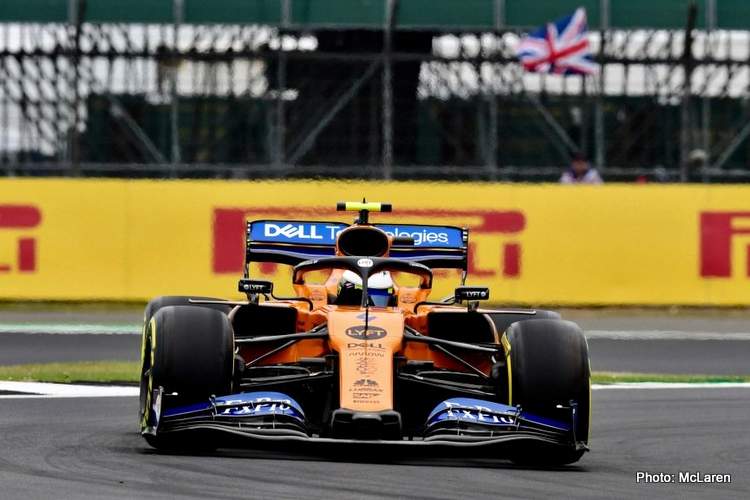 McLaren report from qualifying for the British Grand Prix, Round 10 of the 2019 Formula 1 World Championship, at Silverstone.

“A difficult day. I’m not 100 per cent comfortable with the car, especially with the rear end during qualifying. Q1 didn’t look that bad though, I recovered a bit of the feeling with the car and I thought a good qualifying was possible. Then, as the session went on, we just got slower and slower, struggling on every run with the rear grip.

“Difficult to explain at the moment what happened there, to be honest. We will analyse quali tonight – and probably next week – and then we’ll start thinking straight away about tomorrow when we’ll fight to make our way into the points.”

“Not a bad qualifying – I think we can be reasonably happy. We struggled a bit. I was four-hundredths off P7, and a little annoyed because I had a slide in the last corner and probably lost four-hundredths there. Apart from that, I don’t think eighth is a bad starting position.

“I don’t think we had it easy; we struggled a lot with the wind change. It was quieter in Q1, I did my best lap then but as the direction reversed a little bit, I seemed to struggle a little more than some of the others. It’s something to look into but apart from that, not a bad Saturday.”

Andreas Seidl, Team Principal: “After doing our homework overnight analysing the different test items that we tried yesterday with both cars, we started in the same specification for FP3 with both. We knew from yesterday’s running we could expect another tight midfield qualifying battle.

“With Lando, we managed to have another strong quali, getting through to Q3 and gaining a good starting position in P8. With Carlos’ car, unfortunately for the second run in Q2, combined with the conditions getting worse, we just didn’t make it through in to Q3, by a small amount.

“Carlos commented that he was struggling with rear grip on his last run. Having studied the long-run data from Friday, starting from P13 and having a free tyre choice for the race, we still believe we’re in a good position.

“But we now focus on preparing for the race. We could see some interesting strategies tomorrow. We think we’re in a good position to fight for good points tomorrow with both cars.”