Haas: Qualifying was a harsh awakening 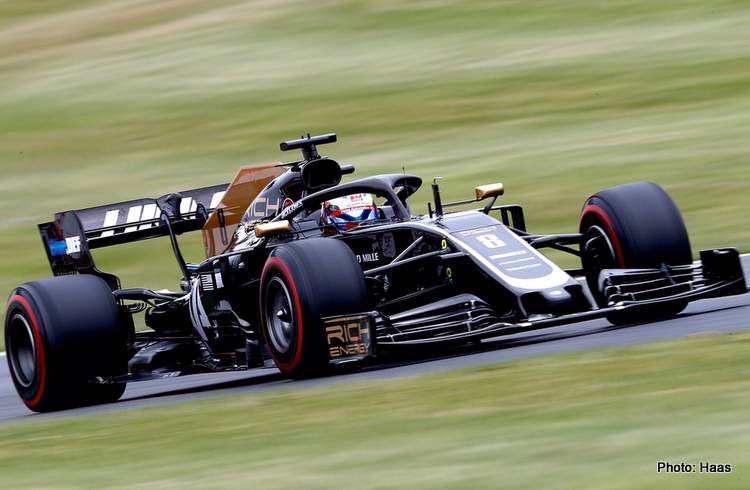 Romain Grosjean: “I’m frustrated with qualifying. We had Q3 in our hands, the car felt really good. In Q2 something was wrong with both sets of tires. The first lap I was 1.2 second off my fastest time, there was literally no grip. So, what’s happened behind the scenes – I don’t know. It just didn’t work well, I couldn’t repeat the pace of Q1. I’m hoping we find out, as we had Q3 in the car.

“When we can be P9 with the car from Melbourne in Q1, it’s pretty impressive with that package. There’s a lot of potential, even though with the data there’s a lot less downforce. It’s working well in terms of feeling, it’s much better. We just need to understand the difference between the two packages and hopefully we can pile on some downforce.”

Kevin Magnussen: “I’m frustrated to be lacking pace. It’s not like we looked super strong, but we were at least looking close to the midfield. It wouldn’t have taken much, or a big gain to have gotten in front of the midfield. Instead, we lost a lot of pace, and I can’t really explain why. I suddenly had no front grip in qualifying without having really changed anything.

“We had made some changes to help the front, but it went the other way. It’s got to be something tire related again, I guess, but it’s difficult to explain. We’re spending this weekend trying to learn, hopefully get some points along the way, but it’s frustrating nonetheless.”

Guenther Steiner, Team Principal: “After FP3 we looked quite positive, at least with one car. Qualifying was a harsh awakening, one car went out in Q1, the other in Q2. There was just too much up and down in our lap times. Romain (Grosjean) had one very good lap, then all of a sudden we had no performance in the car.

“We need to look into that and see what we can do. Considering our long run simulations on Friday, we were pretty happy with that one, hopefully we can still get something done tomorrow.”

Plans for the weekend? Watching the #BritishGP of course! 🇬🇧