Ferrari: Definitely pleased with the performance of the car 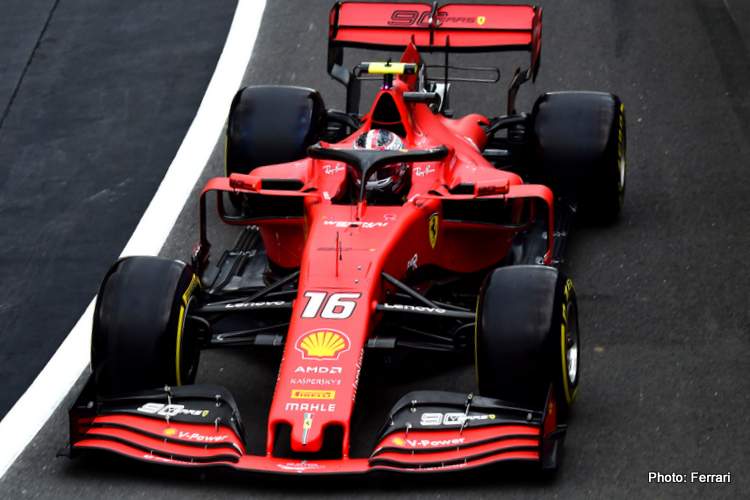 Charles Leclerc will start the British Grand Prix from third on the grid and Sebastian Vettel will line up sixth. The race starts at 14.10pm (15.10pm CET).

Q3. In the 12 minutes of the top ten shoot-out, the Scuderia Ferrari drivers set out on the 5.891-kilometre long track on new Soft tyres. Sebastian was first out, doing a 1’25”787, followed a few seconds later by Charles doing a 1’25”616. After a change of tyres, Charles went better doing a 1’25”172, just 79 thousandths off Valtteri Bottas’ pole time of 1’25”093 and 73 behind Lewis Hamilton who is second. Sebastian, however, was unable to improve and thus starts from sixth, behind Max Verstappen and Pierre Gasly.

Charles Leclerc: “I am satisfied with our result because I think that we did the best we could and extracted the maximum from our car on this particular circuit. We struggled at the beginning of this weekend, especially with the front tyres, which already felt much better today.

“In terms of the strategy, we are happy with our choice to start the race on the soft compound. The cars ahead will be on mediums, which will hopefully mix things up a bit. The weather will also play an important role in the race and, together with the challenges the track itself poses, it should be an exciting one.”

Sebastian Vettel: “It’s been a bit of an up and down weekend for me and this afternoon, I struggled to get the most out of the car, as I couldn’t get a feel for it and I wasn’t happy with how it went. Lately, we have been clearly struggling on one lap pace.

“However, looking at our long run pace from free practice, I expect to be more competitive in the race tomorrow. It looks like Mercedes start favourite, but I think we can take the fight to the Red Bulls and then see what we can do from there.”

Mattia Binotto Team Principal: “We are definitely pleased with the performance of the car today, after the difficulties we experienced yesterday. Overnight, thanks to work in our simulator, we managed to modify the set-up. This meant the drivers found they had more confidence in the car, primarily because it was better balanced, especially the front end where it suffered yesterday.

“Charles’ lap was stupendous and he came so close to getting onto the front row. Tomorrow, we start on a different tyre compound to those around us, which was planned in order to add in another variable. We are well aware this will be a long race during which tyre wear will be a factor for everyone, but our hope is that we have found the right set-up to also allow us to go well over a long stint.

“As for Sebastian, in the final part of qualifying, he did not feel comfortable or confident with the car. That is a shame, as we believe that he could have qualified better.”