Williams: Russell is world champ material and big part of our future 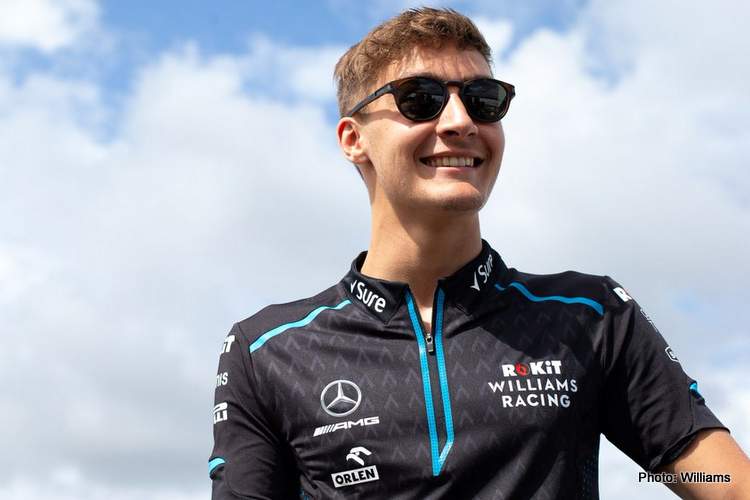 Williams are determined to keep Formula 1 rookie George Russell for the long term and have no plans to replace Robert Kubica this season, deputy principal Claire Williams said at the British Grand Prix.

Addressing rumours swirling around the former champions who have fallen far from their glorious past, Williams also dismissed speculation the team could switch from Mercedes to Renault engines.

“We haven’t had any conversations about George potentially leaving the team in the short term because he’s on a long-term contract with us,” she told reporters.

“Personally I feel he is world champion material and why would I want to lose George from our team? I would do everything in my power to keep George Russell at Williams.

“My ambition is that one day we would be able to provide George with a car where he can start competing at the top of the midfield and then hopefully for podiums,” added Williams. “George is a big part of Williams’ future.”

Russell, last year’s Formula 2 champion, has a contract with F1 champions Mercedes, who supply Williams with engines as well as their own factory team and Racing Point.

Both Mercedes, the team of five times F1 champion Lewis Hamilton, and Racing Point could potentially have vacancies at the end of the year.

Williams, winners of nine constructors’ titles between 1980 and 1997, are the only team yet to score a point in nine races this season.

Their car lacks downforce and is routinely lapped in races, with Kubica, making a comeback this season after a near-fatal rally crash in 2011, and Russell usually racing only against each other.

“We are almost getting the mickey taken out of us with our performance, but it’s a longer-term project for the team,” Russell said on Thursday.

Williams said there would be no decision about the 2020 driver lineup until much later in the year, “Our relationship with Robert is as strong as it was … he’s doing what he needs to do.

“As far as I’m concerned there are no frustrations, certainly from our side. I’m sure he has a level of frustration because he doesn’t have the equipment that he would like at the moment.”

Williams said the team hoped to conclude a new partnership with Mercedes for 2021 and beyond.

She would not be drawn on reports that former McLaren and Ferrari head of engineering Pat Fry was in line to replace the now-departed Paddy Lowe at Williams.

“We are in a position to look at our structure on the engineering side and decide what’s the best option,” she said. “If that means bringing in a new TD (technical director), then we will do so but we are still in the evaluation process.

“There is no thought about replacing Robert at all during this season. Absolutely not,” insisted the deputy team boss.