Williams: Robert is frustrated and we understand that 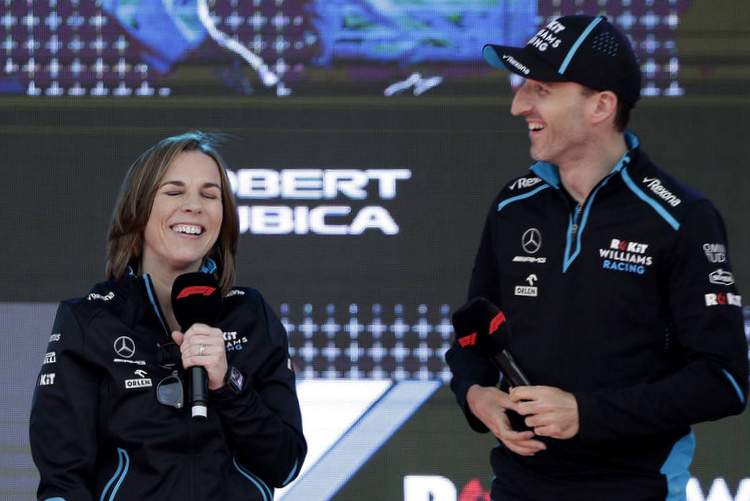 In the midst of its awful 2019 Formula 1 season, Williams is already looking ahead to the future as the once-mighty British team has been easily dead last at every grand prix so far this year, doing comeback hero Robert Kubica no favours.

Speaking to reporters at Silverstone, Williams rejected speculation that the disgruntled and underperforming Kubica could leave the team after the Belgian Grand Prix.

“Our relationship with Robert is as good as at the beginning of the season,” she said. “It’s absolutely not true that we’ll part with him after Spa.”

Reports have suggested that Kubica is using inferior equipment to his rookie teammate George Russell who happens to be trouncing the older driver in the sister car.

But Williams denied that Russell is supplied with a fundamentally better FW42 than Kubica, “Frankly, we do not have the money to build two different cars. Robert is frustrated and we understand that.

“Together with him we are working hard to give him a car so that he can show the performance that he has,” added the Williams deputy team principal.