Todt: We should go for refuelling in Formula 1 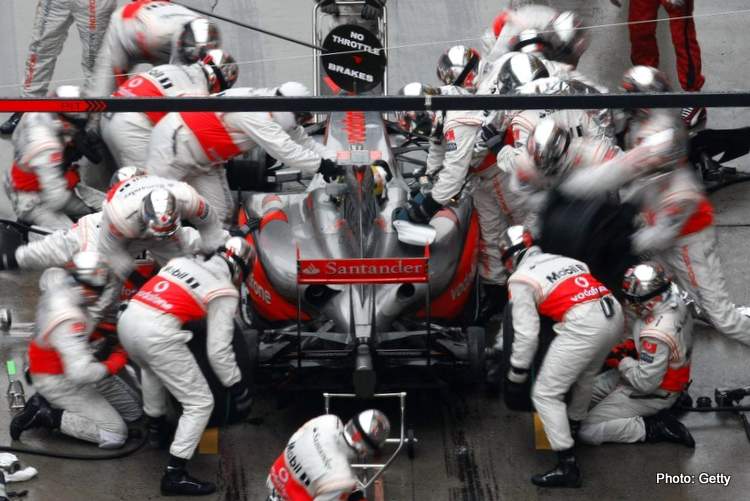 Formula 1 is considering bringing back in-race refuelling as part of rule changes from 2021 and FIA President Jean Todt said on Friday he would be in favour of such a move.

Refuelling was banned in 2010 for cost and safety reasons and attempts to reintroduce it since then, to make the cars lighter and faster as well as give teams more strategy options, have failed.

“Cars are probably becoming a bit too heavy,” Todt told reporters at the British Grand Prix. “That is something we discussed. I am pushing for analysing what it would mean if we reintroduced refuelling.”

“Because if you reintroduce refuelling then you will have lighter cars at the start of the race and you can have smaller cars.”

Mercedes’s five-times world champion Lewis Hamilton, who recently attended a meeting of Formula 1 stakeholders to discuss rule changes, has often complained of the cars being too big and heavy.

Drivers also dislike having to ease off the throttle to save fuel rather than being able to go flat out.

Refuelling has in the past required heavy rigs and extra pit crew to operate them, with associated costs of flying the equipment around the world. There are also safety considerations, with pit lane flare-ups a danger.

Teams voted on the matter in 2015, with a proposed reintroduction from 2017, but decided collectively it would not be a good move.

“Sometimes I hear that it will be more expensive and honestly it makes me smile,” said Todt. “When I see the size of the (team) motorhomes, I don’t think that it’s really the price which will be a killer.”

Teams use lavish ‘motorhomes’, some of them glass fronted palaces that run to three tiers and are a long way from the original mobile homes, as their paddock headquarters and to wine and dine VIP guests.

When questioned further, on a personal capacity Todt said, “We should go for refuelling, but then I’m happy to have a very good investigation, with a plus and minus which we will do.”

In other comments, the former Ferrari team boss said he did not feel F1 needed any drastic reinvention for the future.

He said that while track testing had been cut back, there was now too much carried out back at the factories on simulators.

“Day and night people are putting gear-boxes and engines on simulator facilities. Then you have 40, 50, 60 people in the factory analysing… I think it’s not something we need,” he added.

Regarding a possible expansion of the calendar beyond 21 races, the Frenchman said it was “not so much a question of what is a good number but good venues.”

He welcomes a new five-year deal for Silverstone as a triumph of common sense and said he was “not so worried” about the Italian Grand Prix at Monza, another historic venue, for similar reasons.

Big Question: Is reintroduction of refuelling the way to go for F1?

Inside Line: The pros and (no) cons of F1 refueling