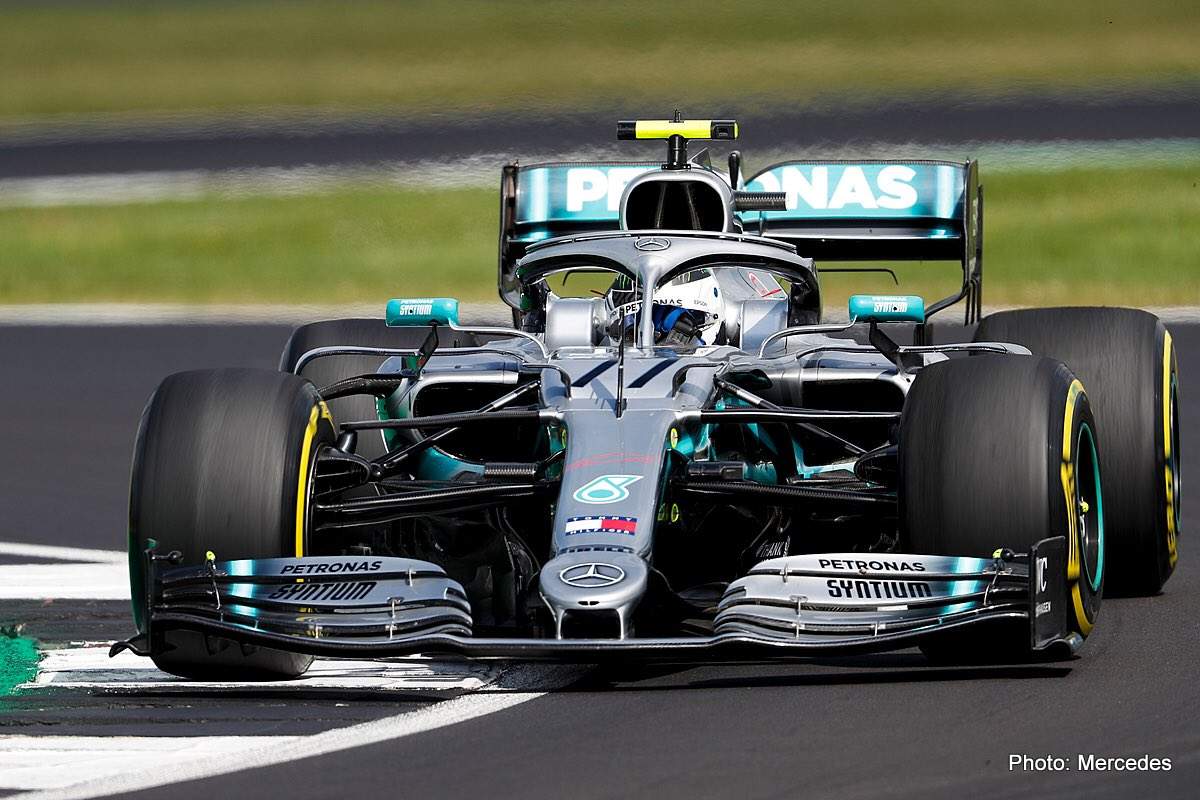 Mercedes report from day one of the British Grand Prix weekend, Round 10 of the 2019 Formula 1 World Championship, at Silverstone.

Valtteri Bottas: “I’ve had a good day from the get-go, both in terms of my own performance and the set-up of the car. It’s always a nice feeling when you start a weekend like that. The track is less bumpy than last year which is nice; they did a good job on the asphalt and it was very enjoyable to drive.

“The new surface is quite grippy, but sometimes you can lose the grip very suddenly on new tarmac. The car seems quite well-balanced, but I think there’s still room for improvement. It felt quick around the corners and there’s plenty of corners in Silverstone, so that’s a good thing.

“I still think it’s going to be close again tomorrow and it will be all about who finds the most performance tonight and tomorrow before Qualifying, but it’s nice to start the weekend on a positive note.

Lewis Hamilton: “It’s been quite windy, quite gusty out there, so it hasn’t been the easiest of days, but we were up there nonetheless, and it looks like we’ll be in the fight. It’s always difficult to say after the first day though and the Ferraris are usually a little bit slower on a Friday and then pick up the pace on Saturday.

“The new track surface is better on the straights, especially between Turn 4 and Turn 6 where it was pretty bad before. It’s still bumpy on the exit of Turn 7 and towards Copse, but after that it’s nice and smooth through Maggotts and Becketts and down the Hanger straight. The asphalt is very smooth which makes it tricky to get the tyres to work, they’re in and out of the window, and the gusty winds didn’t make it easy.

“I was struggling with the rear end and went off a few times, but Valtteri seemed much more comfortable in the car, so we are going to dig deep tonight trying to figure out what the issue is and how we can solve it for tomorrow.

James Allison: “It was a tricky day in some ways because the wind, as ever at Silverstone on this open old airfield, was strong and gusty and made it very difficult to put a single lap together; we saw the whole grid having little excursions onto the grass.

“Lewis struggled with it a little bit more than Valtteri, but in the end both drivers managed to put in good lap times on the single lap run on a softer tyre. They both looked competitive today on the race simulations we did, but it’s hard to know whether that form will translate over to Sunday.

“A small change in temperature and the tyres won’t behave in this fashion and the asphalt is also brand new, so it will change too as the weekend goes on. But it’s a promising start nevertheless.”