Vettel: I don’t have a reason not to believe I can win the title 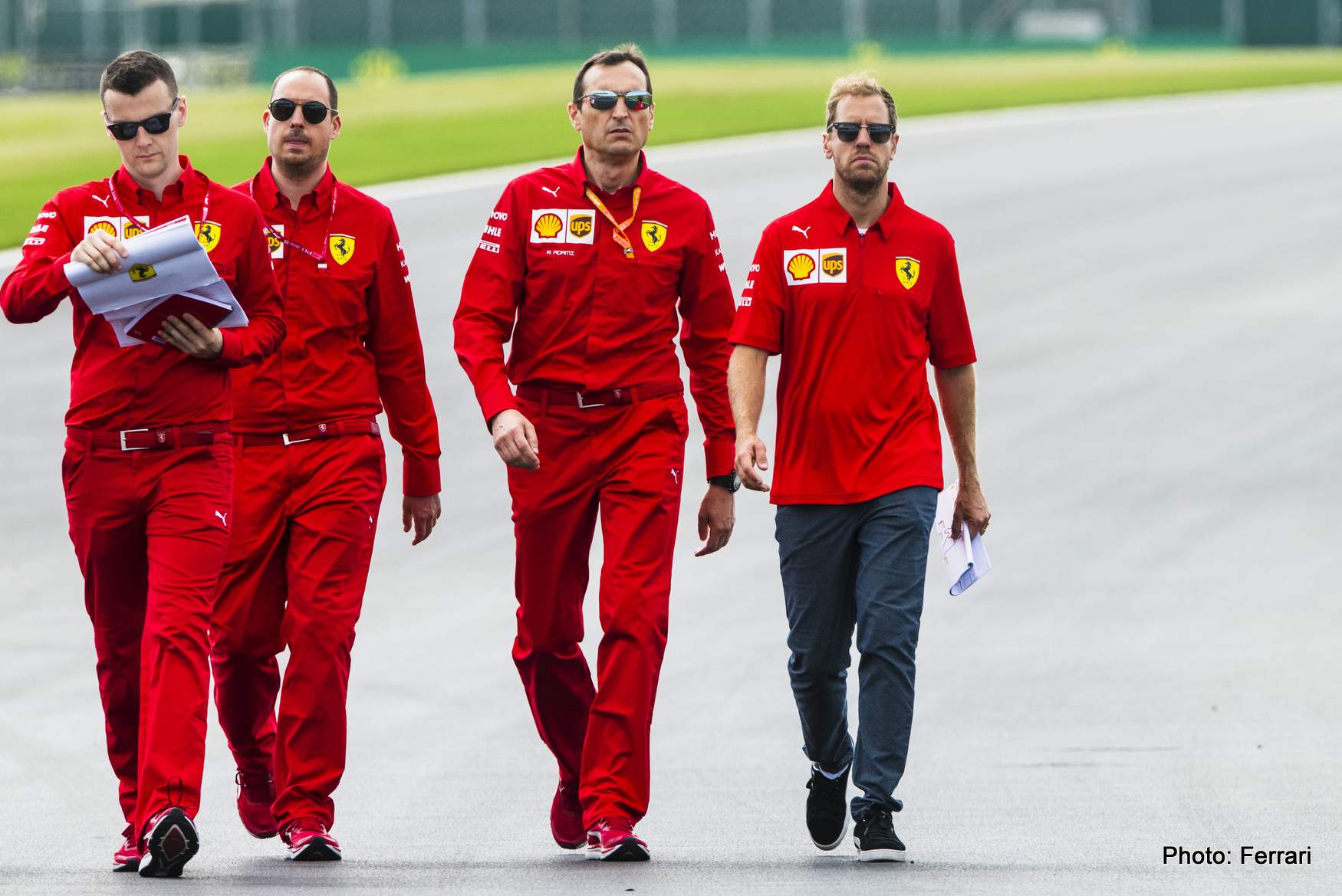 Despite trailing championship leader Lewis Hamilton by 74 points at the halfway mark of this season’s Formula 1 title race, Sebastian Vettel is not losing any sleep about the fact and actually believes that Ferrari can bounce back and challenge Mercedes in the remaining races starting with this weekend’s British Grand Prix.

Vettel, last year’s winner at Silverstone, was asked by reporters = ahead of the race weekend at the venue – if he felt he could still win this year’s championship, to which he replied, “I don’t have a reason not to believe, but it’s not my number one thought when I go to bed.”

It is no secret that development of the SF90 has not been plain sailing with some hit-and-miss updates rolled out in recent races which did them no favours.

The Ferrari driver admitted, “We learned a lot after the confusion or some bits that maybe didn’t turn out to work the way we wanted to during the French Grand Prix.

“Austria brought some clarity and I think we have a clear picture of what was wrong in terms of tuning and what needs to be changed.

“Obviously the next couple of weeks will tell where we go. Unfortunately, I think it’s pretty normal that all the bits you bring don’t always bring you what you expect. Sometimes the parts overdeliver which is great and sometimes they underdeliver. We just need to make sure we know a direction to go in and we keep going that way.

“So far this year’s been quite up and down for us so let’s see where we are tomorrow, how the car feels. I’m quite optimistic. The last couple of weeks have been better for us and hopefully, we can continue in that trend.”

At Red Bull Ring, two weeks ago, Mercedes were shown up on a weekend in which their once all-conquering car did not perform as expected, as cooling issues haunted them in the heat of that weekend. As a result, their rivals were given proof that they are fallible too.

“It shows it’s normal for everyone to have certain highs and lows,” said Vettel. “The better your package the more you find yourself on the highs rather than the lows.

“I think there’s always hope. Even the races the result was a given, I think we find ourselves as a team trying to make a difference. How many times we succeeded in the last five years I don’t know. That’s definitely the objective we have, no matter the forecast,” added the German.

Big Question: Can Seb and Ferrari bounce back and win the title this year?