Verstappen: We still need to step up our performance 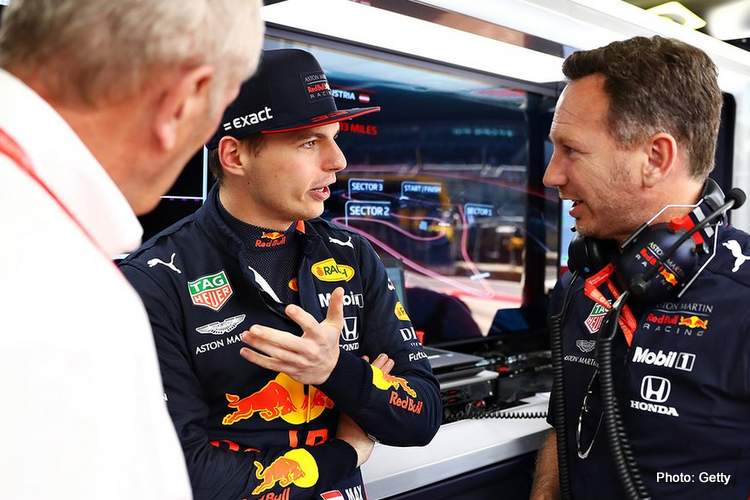 In the wake of his famous victory last time out at the Austrian Grand Prix, Max Verstappen is urging his Red Bull team to work harder to close the gap between the Blues and the pace-setting Mercedes team.

Verstappen’s shares are soaring this season as single-handedly he leads Red Bull’s charge, but the Dutchman is playing down his triumph at Red Bull Ring two weeks ago ahead of this weekend’s British Grand Prix.

He told reporters at Silverstone, “Of course it’s a race victory but it does not mean we are suddenly the dominant team. We still need to step up our performance a bit more. I think we still need to work hard. It’s just because the car is working well [in Austria], the engine is working well, I had good tyre management.

“There are many races where you extracted the most out of it but it doesn’t really show because it was only P5. For most of the people they don’t really recognise it.

“In France, I was too slow but I was just trying to keep up with the Ferraris and I went through my tyres. In Austria it was the other way around, I had looked after my tyres initially and then had tyres at the end of the race. It is very car dependent.”

“We need 40 degrees outside, that normally works quite well. We didn’t have many cooling issues compared to Mercedes. Cornering-wise I think we were more competitive than Ferrari. As a driver, you would always like more top speed, more grip. Unfortunately, it’s not that easy to create, but we keep working.

“I always try to do the best I can but it always makes it a bit easier when you have a good car to do it,” added the 21-year-old who lies third in the championship standings at the halfway point in the season.