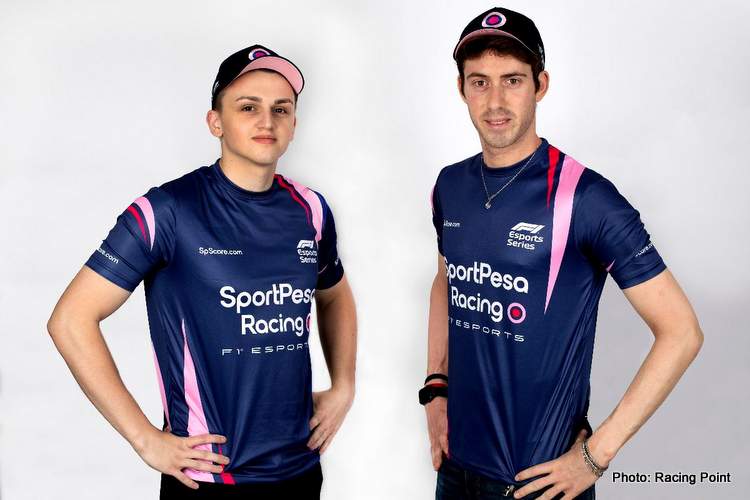 The pair was introduced to the media today at a special launch event in the F1 paddock at the Silverstone circuit. Marcel and Daniele will be joined by a driver from the F1 Esports Pro-Draft event, which takes place in London on Wednesday 17th of July.

This will be Marcel Kiefer’s second year with the team. Last year he achieved three podium finishes with strong performances in the London-based Live events. With a year of experience under his belt, and having relocated to Silverstone, Marcel has high hopes for the new season. The first objective is to help the team improve upon last year’s fifth place finish in the Esports teams’ championship.

Alongside Marcel, the team welcomes Italian-born Daniele Hadid, who makes his debut in the F1 Esports arena after impressive performances in the AOR Sim Racing Series, where he achieved a top three championship finish. Daniele has taken a sabbatical from his family’s Rome-based watch repair business and moved to Silverstone to be closer to the team and its training facilities.

Marcel Kiefer: “It’s great to finally confirm I am back racing with the SportPesa Racing Point F1 Esports Team. They have given me all the tools to improve as a driver compared to last year. The full-time training schedule is intense, but I see improvements daily. Having Daniele as a teammate and housemate is a great experience – we are bringing a little bit of Germany and Italy to a very famous British location!”

Daniele Hadid: “SportPesa Racing Point F1 Esports Team has shown significant commitment by choosing me over more established and experienced drivers from last year’s series. They have been doing their homework and scouting talent since the end of last year and I’m proud to have been chosen. To reflect their commitment, I am more than happy to put my life on hold and move to Silverstone to focus solely on getting the best results for the team.”

SportPesa Racing Point F1 Team CEO and Team Principal, Otmar Szafnauer: “After a year of learning about Esports, we have decided to make a bigger commitment for 2019 by bringing the drivers closer to our base at Silverstone. Marcel impressed us with his professional approach last year and we know he has the talent to win races.

“His teammate, Daniele, shares the same speed and has made some big sacrifices to be part of our programme. Together they make a strong pairing which I’m confident will help us compete at the sharp end of the Esports grid.”