Record crowd will be rooting for Hamilton at Silverstone 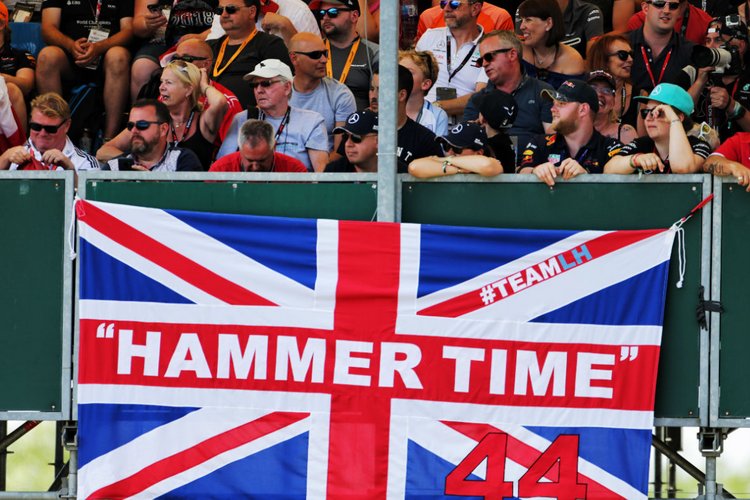 Mercedes driver Lewis Hamilton can keep the good news coming at Silverstone this weekend by winning his home British Grand Prix for a record sixth time in front of the biggest crowd since the days of ‘Mansell Mania’.

The fans already have plenty to celebrate after Wednesday’s announcement that Formula 1 is staying at the circuit for the next five years, and the five-times world champion aims to provide the icing on the cake.

“It has become the most anticipated event of the year for me and the one I enjoy the most,” the Mercedes driver said as he looked forward to a Sunday that could bring him a seventh win in 10 races.

With Mercedes winning all but one race this year, a dominant run that was ended in Austria at the end of last month by Red Bull’s Max Verstappen, they will again start as favourites.

“(High temperatures in) Austria exposed the biggest vulnerability of our car and it meant we couldn’t challenge for the win at any point of the weekend,” said team boss Toto Wolff.

“Fortunately, the English summer is known for more moderate temperatures, so cooling should not be a major issue for us in Silverstone.

“We’ve had some of our best performances this year on tracks with a wide range of corner speeds, so on paper we should be in relatively good form.”

Ferrari boss Mattia Binotto has played down his team’s chances, despite Vettel’s 2018 win and both the German and teammate Charles Leclerc, runner-up from pole in Austria, sounding positive.

“We do not expect Silverstone to suit our car particularly well, but at every race we have seen that the balance of power can change, often unexpectedly,” said Binotto.

Red Bull, based at nearby Milton Keynes, will also be hoping to be in the mix with Verstappen a big fan of the high-speed corners.

McLaren, with British teenager Lando Norris catching the eye this season, are also hoping to give their home fans something to cheer.

“Austria was a good moment for us,” Norris, who started fifth and finished sixth at Spielberg, told Reuters. “Whether it’s going to be the same next weekend I’m not too sure. Silverstone’s maybe a slightly harder one to overtake on. But if I get an opportunity to do something similar, I’ll do it.”

The track itself adds a new element into the mix, with the circuit resurfaced for the second time in two years due to drainage issues that contributed to the cancellation of last year’s rainswept MotoGP race.

With forecasts predicting a sunny Sunday, the race day attendance is set to be a sellout exceeding last year’s 140,500 — the biggest crowd of any race in 2018.

Silverstone managing director Stuart Pringle said, “It will be a record crowd by our estimation because this goes back before our computer records.”

“This is the largest crowd since (Nigel) Mansell last brought them here in their droves in 1992 (his championship year). Its the first time that we’ve come off sale on general admission tickets in many, many years,” added Pringle.