Binotto: We do not expect Silverstone to suit our car 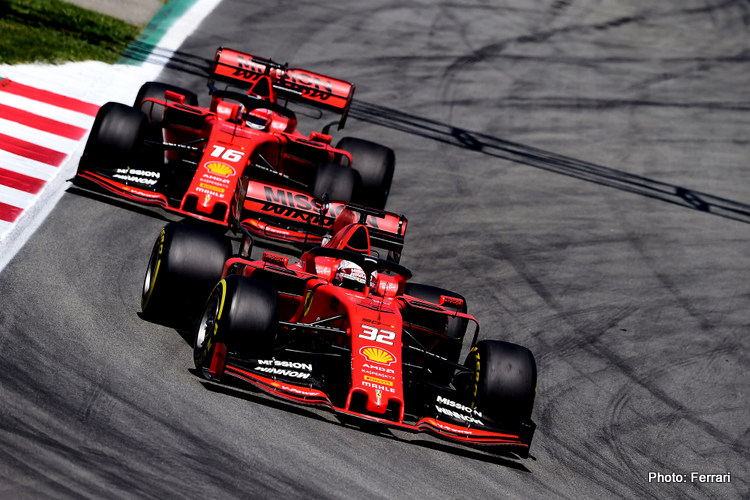 Ferrari are playing down expectations ahead of this weekend’s British Grand Prix, a race they won last season but this year their team boss Mattia Binotto fears Silverstone will not be kind to the SF90.

The Reds have yet to post a grand prix win this season, their package right now appears no match for the might of Mercedes while Red Bull with Honda power is getting stronger race-by-race, winning last time out in Austria.

Binotto explained in the team’s race weekend preview, “We do not expect Silverstone to suit our car particularly well, but at every race, we have seen that the balance of power can change, often unexpectedly.”

Updates to the SF90 have not all been a success, in fact, many have been binned as the development curve for their car, not long ago the toast of the paddock, has flat-lined.

But, according to Binotto, they have not thrown in the towel, “For the British Grand Prix we are bringing a further small aerodynamic modification as we continue to push hard on the development of our car.

“This weekend will be a useful opportunity for us to see if the work we have carried out recently means that we can be closer to our main competitors, on tracks with specific characteristics. Silverstone is one of the toughest tracks of the season, providing a real test of a car’s set-up and balance.

“Tyres also come under a lot of strain here and the amount they wear plays a key role in how your race pans out,” added Binotto who has yet to savour victory as Ferrari team principal.

Big Question: Can Ferrari repeat the feat of last year and win at Silverstone this time out?