Alfa Romeo: We cannot rest on our laurels 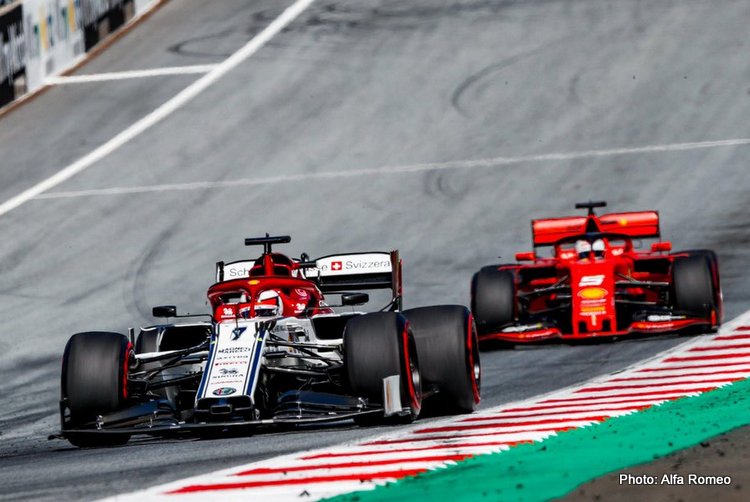 Alfa Romeo and Silverstone – an iconic duo, steeped in history. And indeed, minds will be drawn to the 13th of May 1950, the first day of the Formula One World Championship, when we return to the Northamptonshire circuit this weekend.

Much has been said about that historical weekend of racing. The start of Formula One’s proud history on the bumpy track of the English airfield; royalty on- and off-track, with Thai prince B. Bira and Belgian Baron de Graffenried racing in front of King George VI and the future Queen Elizabeth II; and, of course, the clean sweep on the podium by the Alfa Romeo 158s, which claimed the top three positions with Giuseppe Farina, Luigi Fagioli and local racer Reg Parnell.

What we chose to focus on, however, is what is less known about that time – the inside stories behind the impressive display of domination by the Alfa Romeo team, the quirks and the trivia.

To name just one of the stories we unearthed in our quest, in an era in which weight was not as crucial as today and ballast was not necessarily in the remit of the engineers, Farina himself drove with his pockets full of chewing gum, seemingly unable to focus without the aid of mastication. We don’t know if, or how, he discarded the spent gum: but we like to think he may have deposited the first marbles in F1 history, just off the racing line…

Most importantly of all, however, that inaugural race in 1950 may have had a completely different outcome had world history turned in a different way. With the Alfetta 158s having been built as early as 1938, our cars had to endure the harsh years of World War II, when their fame made them coveted targets for thieves and ambitious officers (of every side and allegiance) and the risk of being destroyed in a bombing was never too far.

The cars were spirited away to farms in the countryside, away from the most immediate dangers raining from the sky. But poachers were waiting – including some zealous German officers, keen to put their hands on cars that had already achieved legendary status before the war.

It was only thanks to the ingenuity of one of the farmers tasked with the safekeeping of the car that this loss was averted: the farmer hid the cars under a gigantic woodpile and the frustrated soldiers gave up the search.

The Alfettas were safe – and within five years after the end of hostilities, they would line up on the starting grid at Silverstone. The rest, as they say, is history.

That history laid dormant for nearly seventy years. But with the Alfa Romeo brand back at the forefront of Formula One, something is stirring. Under the fire-red hood, an old engine is ready to roar again. On the bumpy roads of an old Northamptonshire airfield, legends do come back to life…

Frédéric Vasseur, Team Principal: “We can draw some big positives from our recent performances but we are all too aware that we cannot rest on our laurels. The midfield battle is very tight – we have said it time and time again, but that doesn’t change the facts.

“A good race or a bad race can swing you up or down the standings so we need to keep working hard and maximising the package we bring to the races to make sure we keep finishing ahead of our rivals.”

Kimi Räikkönen: “Silverstone is always a good place to come back to. It’s an old-school track and it’s quite fun to drive, especially in the fast corners. As a team, we have shown improvement in the last couple of races and I think Britain is another place where we can do well. As always, we will need to do a perfect job because the margins are very small between teams, but I am confident we can have another good result.”

Antonio Giovinazzi: “Scoring points in Austria felt good, but I feel there is so much more we can achieve. We were competitive and we were able to extract more performance from our car than we had in the past, which is an encouraging sign for the future.

“Silverstone, as a track, should suit our car and I am confident we can fight once more for points. I definitely had a taste of the top ten now and I want to keep scoring points – perhaps without losing my hair as a consequence!”