Hamilton: Silverstone is a Grand Prix we can never lose 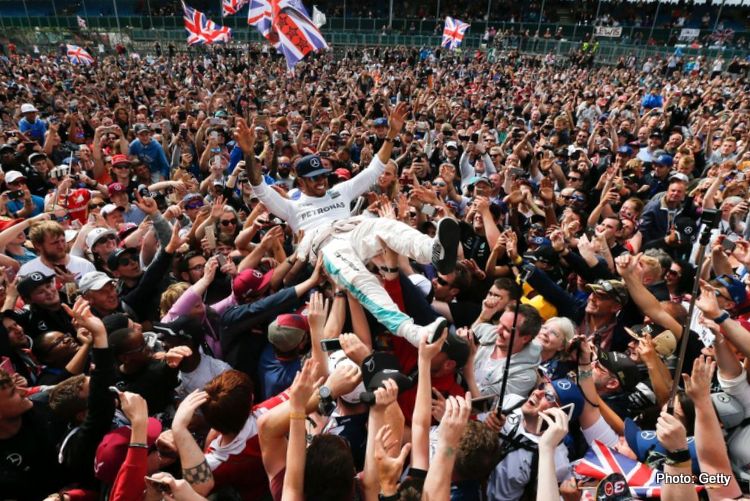 Reigning Formula 1 World Champion Lewis Hamilton is looking forward the British Grand Prix this weekend at the iconic Silverstone Circuit which he describes as “the most fun rollercoaster ride of the year” and heads there in an attempt to win his home race for a record sixth time.

In an interview with Sky F1, Hamilton said of the venue which straddles the Northamptonshire and Buckinghamshire borders, “The ultimate race circuit. This is a Grand Prix we can never lose. Formula 1 loses this and it loses so much of its essence.”

Despite a blip at the most recent Austrian Grand Prix, in which the Mercedes driver finished off the podium for the first time in nine races this season, most expect that it will be business as usual for this year’s edition of the race, with Mercedes – Hamilton in particular – the combo to beat.

Needless to say, the 24-year-old Briton intends to become the most successful F1 driver at Silverstone, an accolade he currently shares with F1 legends Jim Clark and Alain Prost who have also won at the venue five times each.

Over the past several years talk of a London street-race to host the British Grand Prix has bubbled up on occasions, but Hamilton is clearly no fan of such a move, “Not while I’m racing, I’ll fight for it. This has the biggest crowd of the whole year, the biggest attendance of the season, and there’s no way I would allow that to happen. We have to fight for it.”

“It has become the most anticipated event of the year for me and the one I enjoy the most,” said the Mercedes driver. The fans are really what make the weekend and the atmosphere what it is,” added Hamilton.

The five-time F1 World Champion heads home leading the drivers’ standings and will start the tenth round of the championship as the clear favourite, on a weekend that is already been declared a “Full House” by the organisers.

Big Question: Who can stop Lewis on his turf?