Seidl: We should pay a lot of credit to Fernando and Stoffel 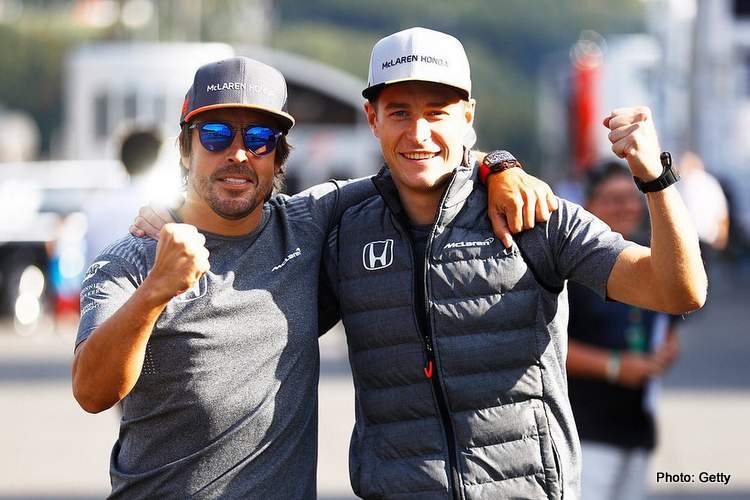 McLaren team boss Andreas Seidl has given credit to the roles played by Fernando Alonso and Stoffel Vandoorne whose respective Formula 1 careers’ were destroyed by the team’s years of uncompetitiveness.

Alonso was enticed back to McLaren in 2015 by Ron Dennis to spearhead the team’s second partnership with Honda, but after four fruitless years where misery replaced the anticipated glory and Woking experienced a revolution, the Spaniard called quits on his F1 career through sheer frustration.

Similarly, the once highly-rated Stoffel Vandoorne was given the door when he struggled the woeful cars they gave him. The fact that he was also well and truly trounced by his veteran teammate, in the sister car, did not help the Belgian driver’s cause.

By all accounts, this year’s car is heaps better, enabling their all-new driver line-up of Carlos Sainz and Lando to reap the rewards of the foundations the team set last year.

Seidl acknowledged as much in a recent interview on F1.com, “No one expected inside the team last year that we could, after finishing the season as the ninth fastest car, make such a step. It simply shows that a lot of the changes that have been triggered already last year are paying off.

“The team did a good job in bringing this year’s car on track. They understood a lot. Also with the input from the drivers from last year. We should also pay a lot of credit to Fernando and Stoffel, for pointing out what the weaknesses are and which direction they had to develop the car, which pays off now.

“Now, obviously the target is for us this year to still keep going with the development of the car. We want to make sure we can keep this position for a while. But still, we have seen it can also change quickly again. It’s still a tight battle.

“So it’s important to not to get too excited about it and to keep our head down and keep focusing on the weaknesses we still have on the car,” added Seidl.

Under the former Porsche man’s short watch, McLaren are fourth in the F1 constructor’s championship but in the unofficial ‘second division’ of F1 where there is little to separate the 12 drivers currently battling it out for Best of the Rest honours.

Honda: We finally made it and it feels like a new beginning