Hamilton heads home as favourite but under pressure 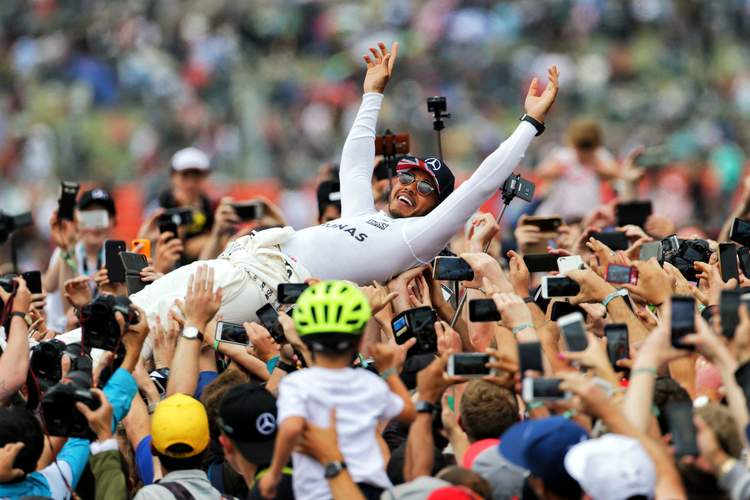 All roads lead to Silverstone in July as Great Britain hosts the tenth round of the 2019 Formula 1 season.

British star Lewis Hamilton is odds-on favourite in the Formula 1 betting to win the race for the fifth time in six years despite a disappointing showing at the Austrian Grand Prix.

Hamilton finished fifth in Austria, but still holds a healthy 31 point advantage over Mercedes teammate Valtteri Bottas at the top of the Drivers’ Championship.

Read on as we look at the key talking points heading into the British Grand Prix:

Hamilton aiming to bounce back on home soil

The five-time world champion hadn’t finished out of the first two in the first eight races this season, but he couldn’t maintain that run in Austria.

A damaged front wing cost Hamilton his chance of victory and losing out on fourth place to Ferrari’s Sebastian Vettel late in the race will only have added to his frustration.

Hamilton had won the previous four races and his recent record at Silverstone suggests he will undoubtedly be the man to beat on July 14.

The 34-year-old finished second behind Vettel in the 2018 renewal, but he is strongly fancied to exact his revenge this time around.

Max Verstappen’s victory in Austria left him 71 points behind Hamilton in the title race, but he will believe he can close the gap over the next few months.

Verstappen produced a stunning drive to beat Ferrari’s Charles Leclerc and give Red Bull their first win since Daniel Ricciardo claimed the Mexican Grand Prix in 2018.

The 21-year-old has made a solid start to the 2019 campaign, but his performance in Austria suggests he could yet become a factor in this season’s title battle.

He has finished no worse than fifth in the last three British Grand Prix and it would be no surprise to see him on the podium this year.

Vettel heads to Britain fourth in the standings, 74 points behind Hamilton after another average showing at the Austrian Grand Prix.

He was outpaced by his teammate in Austria and he looks a shadow of the driver who won four successive titles between 2010 and 2013.

The German admitted that he was disillusioned with the sport after a controversial penalty denied him victory in Canada and handed Hamilton first place.

Leclerc’s second place finish in Austria left him just 18 points behind Vettel and it will be interesting to see which driver Ferrari favours over the coming weeks.

Hamilton was certainly below his best in Austria, but the British Grand Prix usually brings out the best in him and he looks banker material at odds of 1.83 to win his seventh race of the season.