Binotto: Leclerc is already prepared for the next one 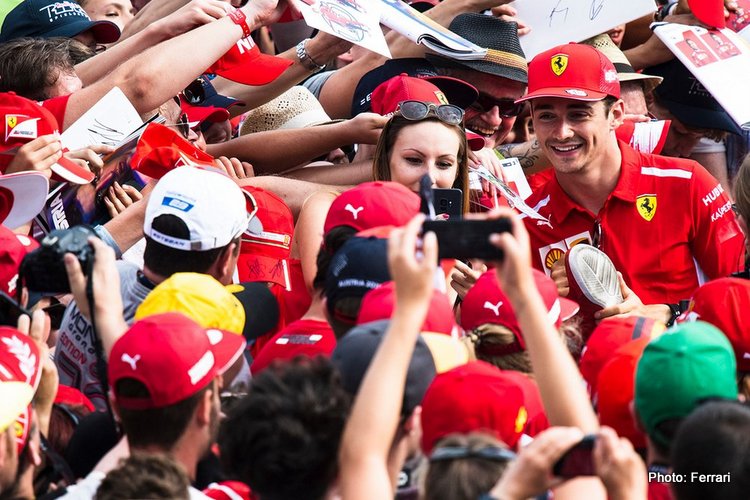 Although Ferrari are still aggrieved after the Austrian Grand Prix, believing they were robbed of victory at Red Bull Ring, but their young driver Charles Leclerc is already looking ahead to the next race according to the team boss  Mattia Binotto.

Much has been written about the Max Verstappen versus Leclerc battle for the lead in Spielberg on Sunday, there was an investigation and in the end the Red Bull driver won despite the argy-bargy for the lead.

In the wake of a nail-biting race Binotto said, “We still believe that this is a wrong decision – that’s our own opinion. We believe that Charles leaves the entire space, he had no fault, a collision has happened and he has been pushed and forced off the track.”

“Having said that, we respectfully the decision of the stewards. They are the judge, we need to respect that. And more than that, as a Ferrari fan – and I am an ultimate Ferrari fan – I think it’s time for F1 to turn page and look ahead.

“We are not supporting the decision but somehow we understand the fact we need to move forward and overall that’s good for the sport and good for F1. So bravo to Verstappen, the victory of him, he did a fantastic race today, as Charles as well. Charles drove very well, but there will be new opportunities.

“I think there is no difficulty to encourage him, I think he’s already prepared for the next one. [This] gives him even more of a boost to somehow get his first victory in F1.

“Certainly, he’s sorry for the [result] – I think after the quali of yesterday it was somehow very optimistic and after the first laps of the race he was controlling the race and saw himself in a good position.

“But that’s what’s good in the sport – the chequered flag is only at the end of the race, and everything may happen. So I think he’s simply looking ahead at the next races as a new challenge and he’s very hungry, so I’m pretty sure sooner or later it will be his time,” added Binotto.