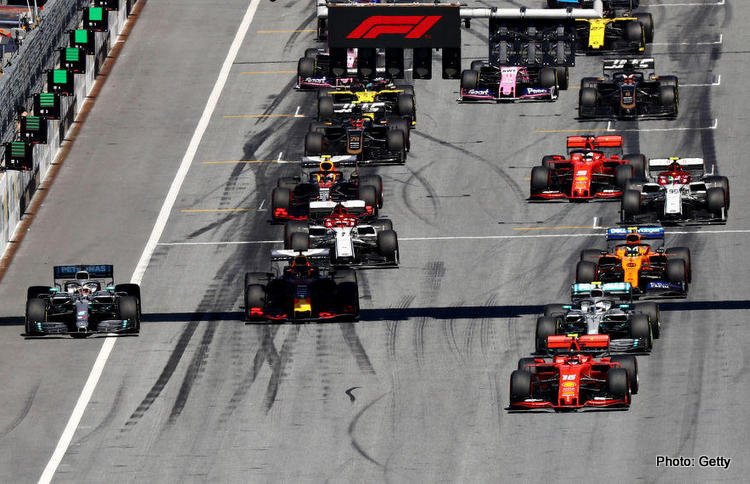 Formula 1 delivered an antidote to all the talk of boring racing and heavy-handed race stewards with a thrilling Austrian Grand Prix on Sunday.

If the previous weekend’s French Grand Prix at Le Castellet was a yawn-fest, a procession with no real highlights, Spielberg’s Red Bull Ring made up for it by dishing out the excitement.

“You guys have been begging for racing for ages and you got it,” five-times world champion Lewis Hamilton, whose dominant Mercedes team’s run of 10 straight wins came to an end, told reporters.

“Ultimately what today (Sunday) shows is that you can’t just look at one weekend and complain, because that is what seems to happen. One weekend doesn’t go well and it’s like ‘Oh, the racing is boring’,” added the Briton.

“Then you have a race like this and it’s like ‘Oh, the racing is exciting’. Then the next race ‘it’s boring’. Just make up your minds and chill.”

F1 has always had dull races — a fair few of all-time great Michael Schumacher’s fell into that category during his years of Ferrari dominance — as well as unexpected thrillers.

Sunday fell into the latter category, with 21-year-old Max Verstappen making a nightmare start and blazing back from eighth to victory after a wheel-banging pass on Ferrari’s Charles Leclerc, also 21.

Confirmation of the result came a good three hours after the race, with stewards using their discretion and finally concluding it had been a racing incident.

“It’s incomprehensible to think they would have changed the podium after a race like that. It was just the tonic that F1 needed.

“It was hard racing between two guys that are the future,” added the Briton, who said anything else would have been stealing from Formula 1. “This is the kind of racing we need, drivers going wheel to wheel and fighting each other.”

Ferrari’s Sebastian Vettel used similar language in Canada last month after finishing first, only for stewards to demote him to second for going off while defending his lead and returning in an unsafe fashion.

That decision triggered controversy and opened debate about whether F1 had gone soft and was regulating itself into decline.

Ferrari, fastest in pre-season testing and with two poles in the last three races, are still waiting for a first win of 2019 but team boss Mattia Binotto recognised Austria was a ‘fantastic fight’.

“As we often said, we should leave drivers free to battle,” said the Swiss-born Italian. “We may not be happy of the decision, we are not supporting the decision, but somehow we understand the fact we need to move forward and overall that’s good for the sport and good for F1.”

Mercedes team boss Toto Wolff said it felt like a very good day, despite having only Valtteri Bottas on the podium in third place, with Hamilton fifth.

“I think all the ones that used the hardest words should remember the next time they start to complain,” he told reporters.

Wolff also poked fun at Red Bull’s Horner and Binotto who had both wanted a mid-season change of tyre specification, with Mercedes so dominant, but failed to secure the required majority.

“I want to really say bravo to Pirelli that have stood strong to their opinion,” said Wolff. “Last year we had some blistering issues, this year the tyre was great and it is a little bit humorous that the ones that complained the most are the ones that pushed the tyres all the way to the end.”

Big Question: What made the Austrian race a thriller and the French one a week earlier a bore?