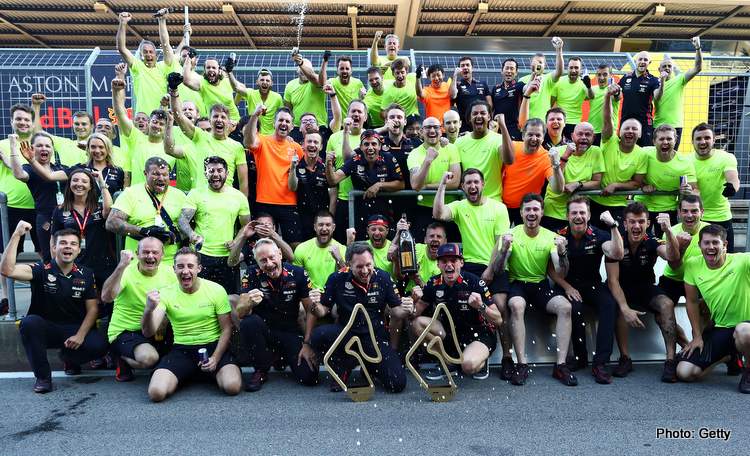 Verstappen had lined up alongside Ferrari pole-sitter Charles Leclerc on the front row on Sunday, but a slow start saw him drop seven places down the order with his victory hopes seemingly dashed.

He fought back through the field, first picking off Ferrari’s Sebastian Vettel, then Mercedes pair Lewis Hamilton and Valtteri Bottas and finally race leader Leclerc with a wheel-banging move two laps from the end.

That overtake drew the attention of the stewards who ruled it a racing incident.

It was the second successive win for Verstappen at the Red Bull-owned circuit. It was also his sixth career victory and ended Mercedes’ run of 10 successive victories.

“This race was won the hard way,” Horner told reporters. “We had to pass three of the four main opposition. Max did that today.

“To win here in Austria, Red Bull car, to get Honda’s first win as well since 2006, in the style and manner he did was the perfect day for us. Tastes even better than last year.”

The outcome of the stewards’ investigation into Verstappen’s move was announced more than three hours after the Dutchman had taken the chequered flag.

Not surprisingly, Horner said they had taken the right call, “It was hard racing, fair racing, it’s what F1 should be.”

And was full of praise for his driver, “At the start, the revs dropped and perhaps there was too much grip, and the anti-stall kicked in. You’re a bit of a passenger at that stage – you’re screaming at the TV at that point.

“But he got his head down, and he drove with such maturity to pass Vettel and Bottas and then pull in the gap to Leclerc. The way he came back and came through the field, managed the tyres was unbelievable,” added Horner.