Vettel: We tried everything to fix it but it didn’t happen 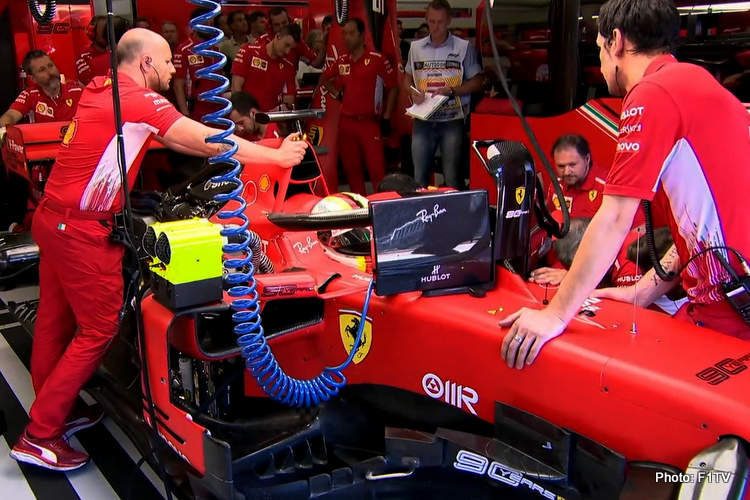 Sebastian Vettel’s hopes of delivering Ferrari’s first win of the Formula One season suffered a setback in Austria on Saturday after he had to watch from the pits while teammate Charles Leclerc qualified on pole position.

On a day when the Italian team enjoyed a rare edge over dominant Mercedes, the German missed out on the final top 10 qualifying shootout as mechanics worked on the engine pneumatic system.

“Obviously, the car was broken so we couldn’t fire up and go,” said Vettel. “We lost parts of Q2 (the second phase of qualifying) and then Q3 completely.

“The guys did everything they could but we couldn’t do it in time. It’s frustrating but nothing you can do inside the car and nobody’s fault. We tried everything to fix it but it didn’t happen.”

The German will start Sunday’s race from ninth position as a result of a grid penalty for Haas’s Kevin Magnussen, who qualified fifth.

Leclerc’s pole was Ferrari’s second in three races, with Vettel starting from the front in Canada — a race he lost after collecting a five-second penalty for going off while leading and making an unsafe return.

It was also the Monegasque’s second, the other coming in Bahrain in March when he led only to suffer a late engine problem.

Mercedes have won all eight races so far, six of those in one-two formation, and a total of 10 in a row.

Leclerc, who lines up alongside Red Bull’s 2018 winner Max Verstappen, has as good a chance as any of breaking the Mercedes stranglehold.

Raikkonen remains the last driver to win a race for Ferrari, in Texas last October.

Saturday was the second race in a row that Vettel had qualified outside the top six and he trailed Leclerc in every session in Austria, just as he did in practice in France a week ago.

Leclerc was third in that race, with Vettel fifth.

“We are competitive this weekend,” said Leclerc. “I think tomorrow the start will be very important.

“There is a long straight after it, but normally we are quite fast on the straights so we can keep that first position in the first three corners. But the pace itself looks promising.”