Morning After: This Could Get Interesting

With Charles Leclerc on pole and Lewis Hamilton and Sebastian Vettel starting out of position, the stage seems set for a fascinating race after an eventful Saturday in Spielberg.

Considering the way the 2019 F1 season has gone so far, it’s probably not the wisest move to get our hopes up over the prospect of any given race, but by golly, the way things have shaken out so far in Austria, it’s awfully hard not to.

Charles Leclerc, with his Ferrari granted one of the season’s rare opportunities to flex its straight-line superiority, is on pole, looking for redemption after the heartbreak in Bahrain. Lewis Hamilton, courtesy of a three-place penalty for blocking Kimi Raikkonen, starts fourth, with Max Verstappen and Valtteri Bottas in front of him. Sebastian Vettel, unable to run in Q3, starts ninth. Oh, and the Ferraris start on softs, while the Mercedes’ and Verstappen start on mediums.

Add in the fact that this is a track where both cars can pass and significant offs do happen, and it’s entirely possible any of those five drivers could finish the winner. Of course, Leclerc or whomever could also run away with it, but the hope is there, and especially after the events of a week ago, we should be happy to take it.

If you’re wondering why Hamilton starts fourth when he received a three-place grid penalty from P2, well you’re not alone. Will Buxton explains it better than I can – in short, blame McLaren.

Regardless of what happens on Sunday, it really is incredible how Ferrari once again found a way to shoot themselves in the foot with Vettel’s engine issue in qualifying. After all the disappointment this season, they could’ve been looking at a 1-2 in Austria, but as we should know by now, they’re physically incapable of having a clean weekend.

It’s always difficult to know what to make of the driver market rumours, but the way Pierre Gasly is driving, he seems intent on self-fulfilling the prophecy. Being a tenth slower than your teammate in Q2 on faster tyres is inexcusable, and so is finishing Q3 behind a Haas, McLaren, and both Alfa Romeos. 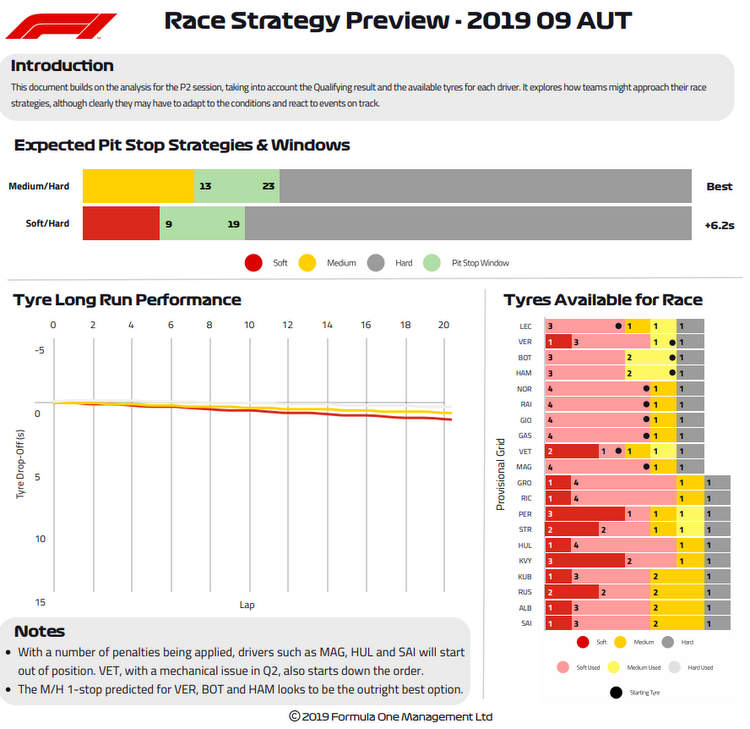