Williams: We chose to split our approach 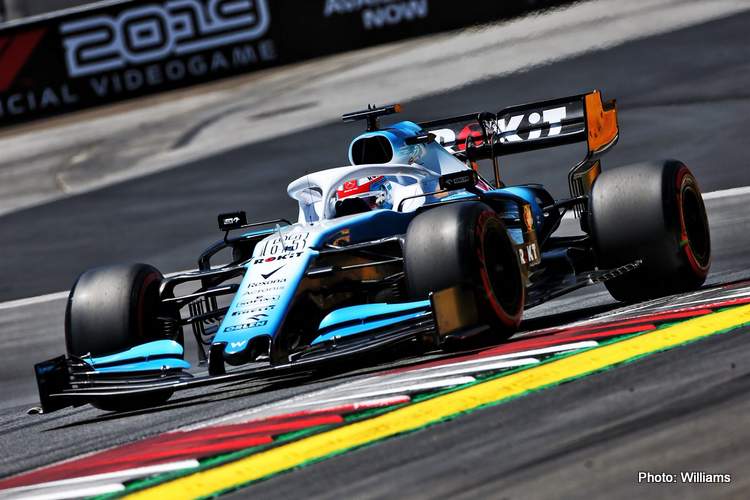 Williams report from qualifying for the Austrian Grand Prix, Round 9 of the 2019 Formula 1 World Championship, at Red Bull Ring in Spielberg.

Dave Robson, Senior Race Engineer: “As usual we spent FP3 completing our final checks ahead of defining the set-up for rest of the weekend. Conditions were again very hot, but the wind was calmer than yesterday afternoon. Both drivers made some small set-up changes overnight and were happy to take these into qualifying.

“The tyres remain a little awkward to get working due to the short outlap and as a result we saw teams employ a range of run plans in Q1. We chose to split our approach with George completing multiple laps on his two sets of tyres and Robert using three sets but setting only a single timed lap on each of the last two. Both drivers were happy that they got their tyres working reasonably well when it counted.

“The short track, the need for people to prepare their tyres carefully whilst also looking to get a tow from a car in front, can lead to some traffic difficulties and we saw several examples of this today.

“Unfortunately, George was caught in a train of cars waiting to start their timed lap when Kvyat was completing one of his laps. Although George remained off the racing line and inside the pit entry line, he was deemed to have impeded Kvyat and will therefore receive a grid penalty for tomorrow’s race.

George Russell: “It felt like a fairly decent lap. We maximised the car, it’s just unfortunate it’s still a bit of a way from where we want to be, but we know our pace at the moment and we just need to make the most of it.

“During my final run I was warming my tyres up and there was a bunch of cars ahead doing the same. Daniil was on a flying lap and he closed quicker than expected due to the queue ahead. I tried to stay to the inside but the next thing I knew, he was driving around the outside of the track. It is a bit frustrating but just one of those things unfortunately. I apologise to Daniil as it was nothing intentional.”

Robert Kubica: Qualifying went quite okay. On my second run, I managed to put in a reasonable lap although it is still not enough compared to the others. At least something positive is that, apart from turn one where I lost a bit of time, the rest of the lap was pretty good for me.

“Tomorrow will be busy with the short lap and blue flags. I hope to enjoy the beginning of the race, and hopefully we will not struggle too much with the tyres.

Austrian vibes in the pitlane as the garage works hard prepping for #Quali 🎺#AustrianGP 🇦🇹 pic.twitter.com/nUZJJql3gL

Hamilton: Empty stands not too inspiring, but stay positive