Mercedes: We were never looking like contenders for pole 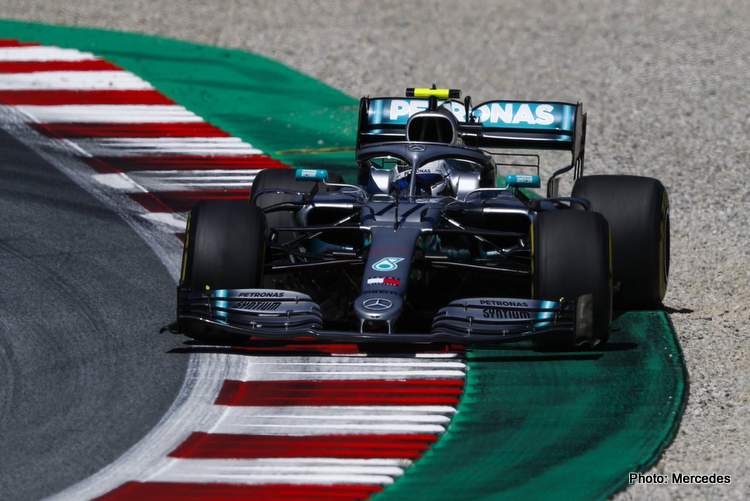 Lewis Hamilton: “Congratulations to Charles, he’s been quick all weekend and we’ve just not really been able to keep up with the Ferraris so far this weekend. They’ve got the power advantage on the straights, but also seem to have figured out the medium and high-speed corners.

“For us, the car has been feeling good, but we can’t do much more on the straights and that’s something we’ll continue to work towards. Obviously, there was the incident with Kimi in Q1. I got off the brakes to try and get out of the way, because I didn’t want to meet in the corner.

“I don’t think we did, but it probably did put him off. I wasn’t aware the car was coming, so it wasn’t the easiest. Positioning was difficult out there, I was always at the front so was never getting the slipstream. Luckily, I got an OK position for that last lap, but it was tight at the end.

“Still, I’m happy with the position and it’s cool to see three different teams in the first three positions. I’m excited to get out there tomorrow and race with these guys, fingers crossed we can put on a good show tomorrow.”

Valtteri Bottas : “Today was sub-optimal, I would say. It’s a shame because the car felt good and the speed was there, it just didn’t end up that way. There was a bit of a communication issue, I got told there was no time and got stuck behind the car ahead of me, so I was way too close to improve.”

“But, it turned out I had some margin, so I could’ve used that. We expected it to be super close with Ferrari, but they have a bit of a margin. Pole position was out of reach today, they are just too quick on the straights.’

“But, it’s a long day tomorrow and starting from the second row still leaves opportunities. We’ve seen on the first lap that many things can happen, with drafting on the straights, so I’ll be giving it my all.

Toto Wolff: “We could see from the first runs in Q1 that we were a little bit on the back foot today – and we had to battle our way through every part of Qualifying this afternoon. We knew before the weekend that this would be a tough circuit for us, because its characteristics don’t match our strengths at the moment, and P2 and P4 is a pretty realistic result for us in that context.”

“In the final part of the session, we saw some jostling to get the tow but we needed that today because we’re lacking the speed on the straights right now, and that was our best chance to improve the situation. Regarding the incident with Lewis and Kimi in Q1, we will have to wait and see what the Stewards say.’

“We know we start tomorrow’s race on what should be a more durable tyre, and hopefully we can run longer than Charles and open up some opportunities with our race strategy.”

Andrew Shovlin: “It wasn’t plain sailing this afternoon. It was clear quite early on that we were lacking some speed and with the track ramp in the first session we had to run a second time to protect our position. We’d wanted to start the race on the Medium tyres as we felt it would handle the hot conditions a bit better tomorrow and gives you a bit of flexibility on how long you have to make that final stint.

“We knew we’d lose a bit of time to Ferrari on the straights today, but the performance advantage that we normally enjoy in the corners seemed to evaporate and we were never looking like contenders for pole. There’s bits here and there that we can tidy up as our Qualifying sessions are normally smoother than this one, but I’m not sure it would have changed the look of the grid dramatically.

“At least it looks like we’ll get an exciting race tomorrow; it’s going to be a tough battle at the front and from Friday long runs, it looks like us, Ferrari and Red Bull are all quite evenly matched. We need to be quick enough to put them under pressure, but if we can do that then we’ve got every opportunity to win.