Honda: This is a positive result 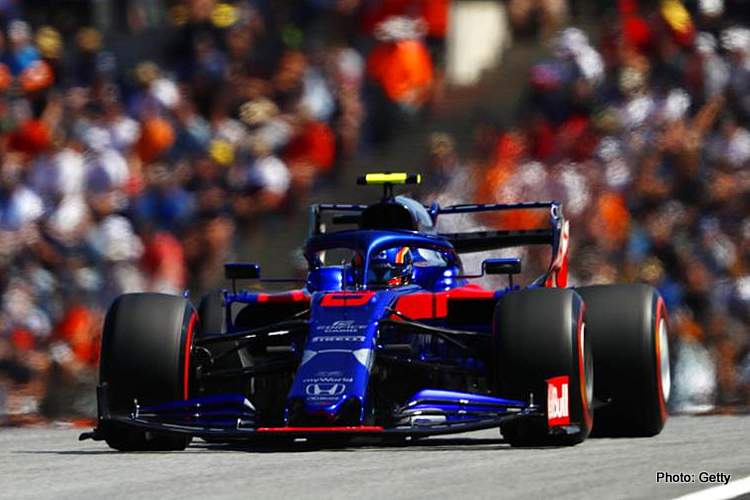 The first part of qualifying saw Daniil hampered by traffic, having to take avoiding action at the penultimate corner on his final run and running wide as a result. That meant Daniil was eliminated in 18th place, with the incident being investigated after the session but not able to affect his starting position.

Alex progressed into Q2 and then set the 13th fastest time, ensuring he will start ahead of Carlos Sainz as both drivers drop to the back of the grid due to exceeding power unit components this weekend.

Both Pierre and Max advanced to Q3 with competitive times, and Max then produced an impressive lap to finish provisionally third, with Lewis Hamilton ahead of him also under investigation.

Pierre’s run in Q3 was compromised by a mistake at Turn 1 that meant he was unable to improve on his final lap and he ended up ninth, but will start from eighth due to a grid penalty for a car ahead.

Toyoharu Tanabe, Technical Director, Honda F1: “Once again it was very hot for qualifying and in these conditions, Max produced another excellent lap, which means he equals his best qualifying performance of the year, having been third in Monaco.

“This is a positive result as we prepare for tomorrow. Kvyat was very unlucky to meet so many slow cars in front of him at Turn 9 in Q1 which eliminated him and for Albon, qualifying well was not a priority as he has to start from the back.

“However, we expect them to race well and move up the order. It could be even hotter for the race, which will be tough on the drivers and cars and we are hoping for a strong showing here at Red Bull’s home track.”

UPDATE – After penalties, @Max33Verstappen will now line up on the front row of the grid tomorrow for the #AustrianGP 👊🏻