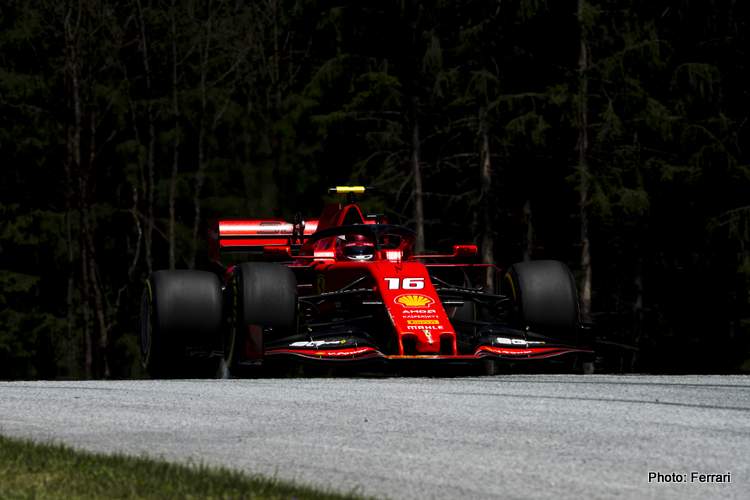 Charles Leclerc continued to set the pace for Ferrari at Red Bull Ring ahead of qualifying for the Austrian Grand Prix later this afternoon, the 21-year-old young gun signalling his intent in the hot sunshine of the Spielberg hills.

Leclerc was the only driver to dip below 94 seconds with the best time of 1:03.987 around Formula 1’s shortest venue, which was a tenth and a bit better than Lewis Hamilton in second.

Valtteri Bottas was a tenth further back with Sebastian Vettel fourth and a quarter of a second down on his teammate in top spot. Max Verstappen fifth quickest, the top five within half a second which sets the scene for an intriguing qualifying duel in the afternoon.

As is becoming tradition at McLaren, Carlos Sainz had the edge over Lando Norris on day one of practice, but by Saturday the teenage rookie finds the sweet spot and raises the bar as he did in FP3 today. He was sixth and three tenths up on the Spaniard who was good for eighth.

Splitting the pair on the timing screens was Pierre Gasly who reported power issues early on in the session. The Frenchman was seventh, half a second shy of the Dutchman in the sister car.

Antonio was quicker of the Alfa Romeo pair with the ninth best time, a couple of tenths up on teammate Kimi Raikkonen in 13th.

Toro Rosso duo Danill Kvyat and Alexander Albon were 10th and 11th respectively, with sixth to 18th covered by a second, ample proof that it is very tight in the belly of the midfield. 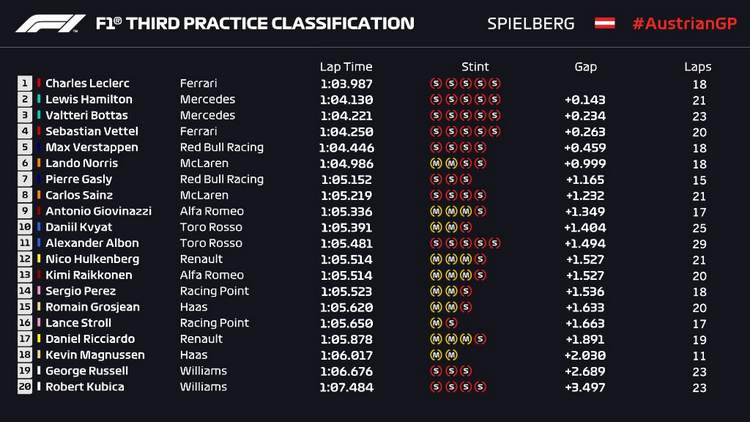