Alfa Romeo: It’s going to be a challenging race 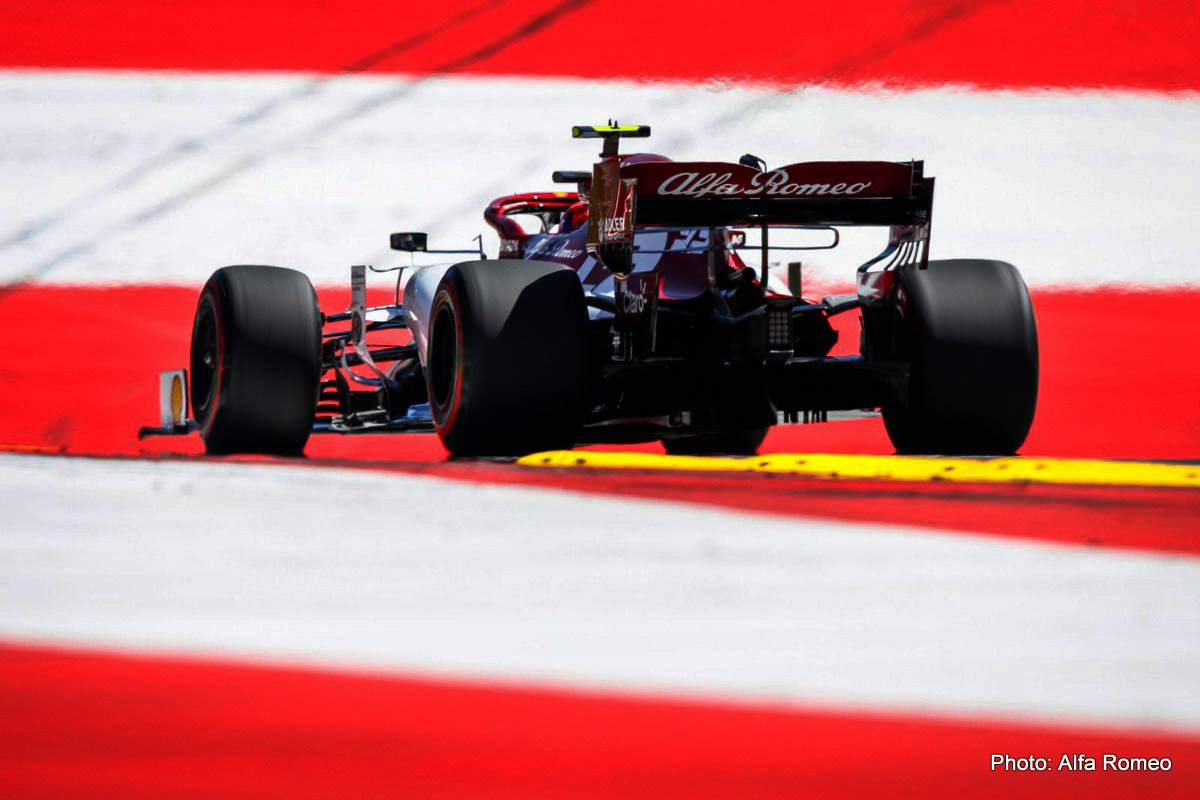 Alfa Romeo report from qualifying for the Austrian Grand Prix, Round 9 of the 2019 Formula 1 World Championship, at Red Bull Ring in Spielberg.

Being at high altitude is no easy matter. It is a huge undertaking for the untrained body. It is uncomfortable. At first, it feels unnatural. And yet, such a beautiful and resilient thing the human body is, you can get used to it.

Acclimatisation takes a while and it is not an easy process, but it is possible – and once you’re used to the thin air, new horizons open.

We’re not, obviously, referring to the lofty heights of Spielberg, the Styrian village that hosts this weekend’s race. At 660m over sea level, you don’t feel much difference from the norm – our home of Hinwil, for example, is just a bit lower, at 585m.

We are referring, of course, to the positions we will take on the grid tomorrow, as the Austrian Grand Prix starts. In P6 and P7, we’ll be in the highest places on the starting order we’ve been this season.

A week on from our positive performance in France, with Antonio in Q3 and Kimi in P7 in the race, this is no fluke. It is progression. For every day we spend at these heights, managing the altitude becomes a little easier.

The road to the top is still long. We may be only just starting from Base Camp, but we’re getting more and more used to the thin air, and we’re heading up.

Frédéric Vasseur, Team Principal: “Having both cars in Q3 was our target for today and we can be satisfied about reaching it. On such a short track the gaps were minimal and Kimi and Antonio were able to drive good, clean laps to claim our highest qualifying positions of the year so far. We will need to come up with a good strategy that allows both drivers to make the best of their starting positions: it’s going to be a challenging race but we are confident we can score a good result.”

“We can be pretty happy about today’s result. The speed has been there all weekend and we got what we wanted in qualifying. Everyone is very close here and if you get things right you can be high up: I feel we could have perhaps been ahead of Norris as the gaps were so small but in the end we’ll take this. Tomorrow is when it matters and we will try to do the best job we can. We still have things to improve but we are starting from a good position. We need to be careful and do a good job on the first lap and we’ll see where we end up.”

“I am really pleased with today’s performance, both mine and of the team as a whole. Our car has made a step forward since France, I feel I am getting more and more confident every time I step in the car and I am happy with the work we are doing together with the team. Having two cars in the top ten gives us a good chance to score points, but we still need to work out the best strategy for the race. Our long run pace is good and I think we can play our part in tomorrow’s battle: we’ll be giving it all we have to bring home a good result.”

Great drives from Kimi (P7) and Antonio (P8). 💥 Starting positions may turn out even better due to penalties. #AustrianGP pic.twitter.com/M6XabkT0JF