Williams: The cars remain in one piece 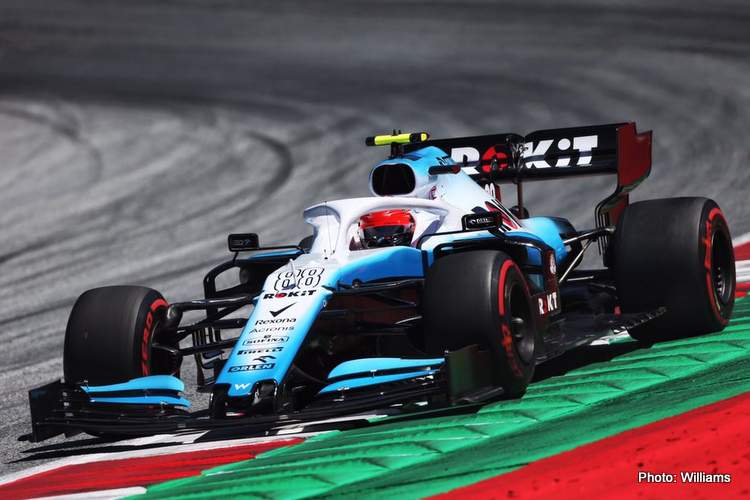 Williams report from day one of the Austrian Grand Prix weekend, Round 9 of the 2019 Formula 1 World Championship, at Red Bull Ring in Spielberg.

Dave Robson, Senior Race Engineer: “This morning was a relatively quiet session with only one red flag disrupting the very end of the session. Both drivers enjoyed a good session and made progress with their setup in the warm conditions here in Zeltweg.

“FP2 was a more difficult session with a series of yellow and red flags making it difficult for a lot of drivers to get their second low fuel runs done. The red flags were caused by some big crashes and this shows how difficult this circuit can be, especially when the track is hot, and the wind becomes gusty.

“Although our runs were a little disrupted, the cars remain in one piece and both drivers were able to collect some important long-run data in preparation for what is likely to be a very hot and demanding race on Sunday.”

George Russell: “Friday was as expected, I had a good lap in FP1 and was surprisingly close to the rest of the field. I think we probably had a better time on track and the others didn’t optimise it as much as we did. It’s a short lap and we need to be ready to take advantage of anybody else’s mistakes. I’m feeling good, but the true pace is no different to the rest of the season.”

Robert Kubica: “Conditions were difficult. FP2 was much windier so this creates another challenge. We were a bit affected by yellow and red flags and it was definitely a difficult session.”