Toro Rosso: We’re still not where we want to be 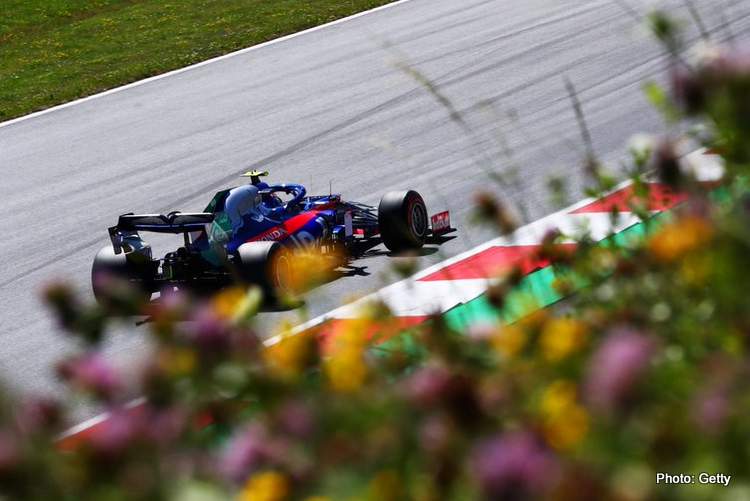 Toro Rosso report from day one of the Austrian Grand Prix weekend, Round 9 of the 2019 Formula 1 World Championship, at Red Bull Ring in Spielberg.

“Obviously, we had a different mindset coming into this weekend as we knew we’re starting from the back. We’re still testing options to understand which direction we need to take after Paul Ricard – we made some improvements, but we still feel we’re lacking a bit. On the other hand, our long-run pace, which is what I need to focus on, was very strong. So, I have some mixed feelings from today, we’re quite happy with the car for the race but we still want to understand the car and unlock its potential in the short run pace.”

“The car was a bit difficult today, so we want to find some improvements for tomorrow. We need to work well overnight to find some good steps for the car. We were trying a few different setup directions today with my engineers – some worked, and some didn’t, so we’ll try to implement everything we learned for tomorrow.”

Jonathan Eddolls, Chief Race Engineer: “After our weekend in France, where the pace wasn’t quite where we expected, across the whole team we’ve put a lot of effort in analysing all the data in the tight turnaround between the two races to understand the weaknesses of the car at the last event.

“So, we came up with a large test plan across both cars in FP1 and FP2 which covered all aspects of the car: mechanical, aero and tyres. This track, a bit like France, has very hot track temperatures expected throughout the weekend, and the same tyre compounds.

“The C4 isn’t really suited to these temperatures as they’re a low working range compound, so our focus was to understand how to get that tyre to work over the short run. This was important mainly for Dany as he’ll take part in Qualifying, while for Alex the focus was a bit more on understanding the car balance over the long run to optimise it for the race, given that we’ve tactically taken a new PU for him.

“The car’s balance was tricky in FP1, similar in some ways to France, lacking rear stability in low speed with understeer in the high-speed sections, so we made a few changes for FP2 to try and address that. I think we’ve improved both the balance and the competitiveness throughout the corners for FP2, but we’re still not where we want to be.

“We’ll continue all of the analysis tonight to try and see what other tools we’ve got to tune the balance throughout the lap. On the positive side, Alex showed quite good long run pace on the Base tyre. We just need to work a bit more on the short run balance to help Dany for tomorrow.”