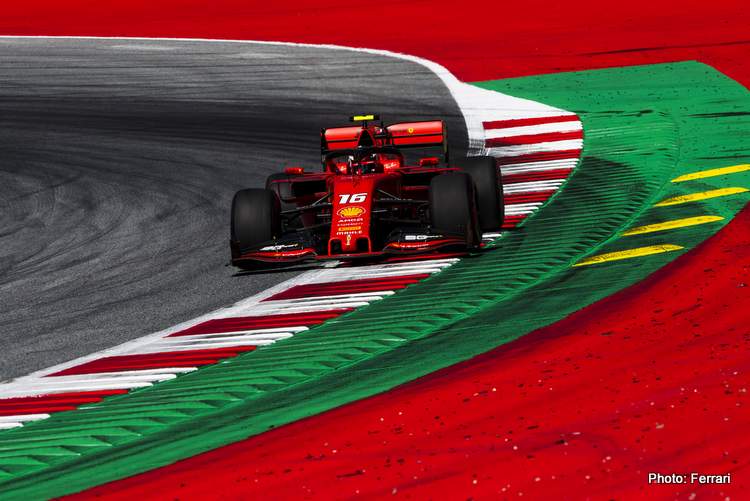 Charles Leclerc found some welcome pace to claim the fastest lap in the second free practice session of the Austrian Grand Prix weekend, the Ferrari driver blitzing around the ultra-short Red Bull Ring on an afternoon when the leading lights were caught out.

The morning session was expensive with many teams suffering broken front wings thanks to the sausage kerbs that pockmark the circuit, but that was child’s play compared to the damage inflicted on Max Verstappen and Valtteri Bottas both crashed to bring out red flags, while Sebastian Vettel also ran off the track and failed to post a time on the soft tyre.

Verstappen inadvertently was the first to in a series of unfortunate events, losing his car in the middle of the tricky Turn 10 he spun out and hit the barriers backwards, crunching the rear and launching a flurry of expletives in the process. The session was red-flagged.

But, shortly after the restart, Bottas got it wrong in Turn 6, came on the power too early and lost the rear spearing through the gravel and pounding the barriers and tearing off the tethered front wheels.

Bottas said afterwards: “I just lost the rear end suddenly into Turn Five. Very unexpected, made a correction, but it was a bit too late.  This afternoon is a bit more windy and the track is very penalising on making mistakes. It can happen I guess.”

Leclerc’s best effort, on Pirelli medium tyres, of 1:05.086 was slower than the best time in the morning session, no doubt the incidents played a role in slowing the times down as did the blistering heat suffocating the surrounding hills.

Next best was Bottas, three tenths off the top pace before his prang followed by Red Bull’s Pierre Gasly in third and Lewis Hamilton fourth.

With two key rivals out of the running, Carlos Sainz was fifth best on a day he has been very strong for McLaren, again Best of the Rest as he was in the morning and only half a second shy of the top time. The Spaniard, who survived a Bottas-like moment, was four tenths up on his teammate Lando Norris in tenth.

Vettel was ninth and Verstappen tenth when the flag waved to end the 90-minute session.

Will be a busy night for the boys in the garage and we’ll come back stronger tomorrow 💪#AustrianGP pic.twitter.com/cHfiF9vlT8 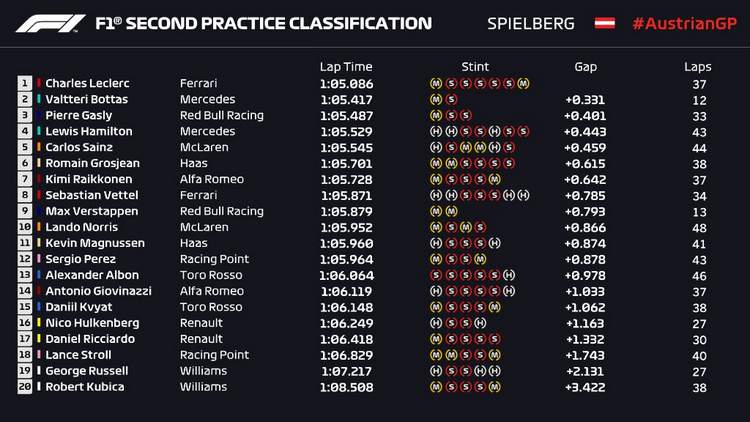 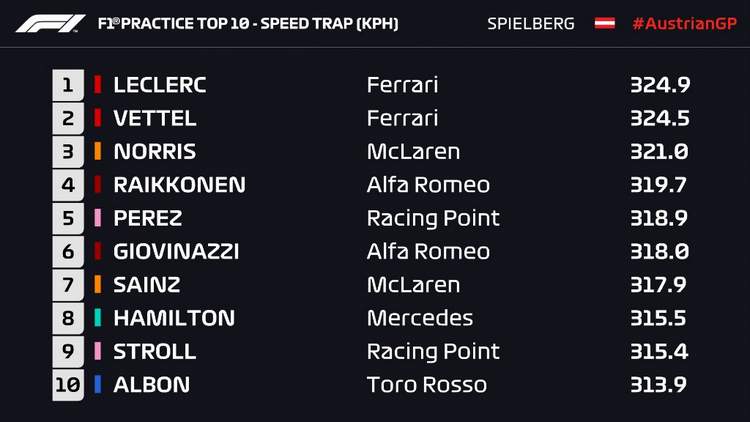