Wolff: Very optimistic Ocon will be in a F1 car next year 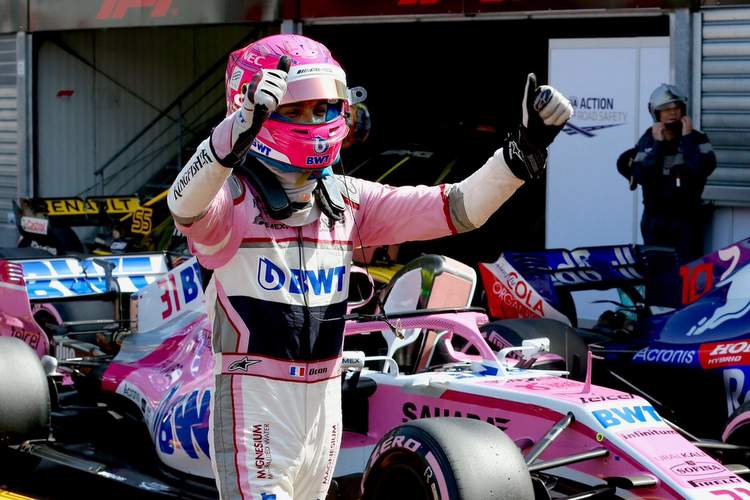 Mercedes team boss Toto Wolff has taken a dig at Renault counterpart Cyril Abiteboul while remaining confident that French driver Esteban Ocon will secure a seat in Formula 1 next season.

Mercedes-backed Ocon raced for Force India, now Racing Point, last season but was left without a drive when Renault sprang a surprise and signed Australian Daniel Ricciardo from Red Bull for 2019.

Until then, the 22-year-old had looked set for the seat at the French manufacturer team as part of a loan deal agreed verbally between Abiteboul and Wolff.

“I like Cyril but in order to become a gentleman with the handshake, he needs to restore his gentleman image,” Wolff told reporters at the weekend’s French Grand Prix when asked if he would discuss another such loan.

“We are looking at all options. Esteban is a hot topic because he’s clearly one of the most promising young drivers and he deserves to be in F1, and we can see that with the interest that he generates. I am very optimistic that we will see him in a F1 car next year,” said Wolff.

Renault could have a vacancy next season with 31-year-old Nico Hulkenberg out of contract and the German’s future uncertain.

Abiteboul said in February that Hulkenberg would be measured against Ricciardo in what could be a make-or-break year.

Hulkenberg holds the Formula One record for most grands prix started without ever stepping on the podium — 164 to date with a best result of fourth.

“Nico’s contract; the initial term is coming to an end at the end of this year but there is some mechanism of options. So it’s maybe that we continue our journey with Nico. Frankly, Nico has delivered for the team,” Abiteboul said at Le Castellet.

“But also we need to look at the options, like everyone is doing, like I’m sure Nico is doing… things are open for him and for us, but there is also an option in place so that we can possibly continue our journey together.”

Hulkenberg has scored half of Renault’s 32 points this season after eight races. The team, fourth overall last year, are currently fifth and eight points behind McLaren.

Big Question: What team for Esteban in 2020?