Lowe: I will not return to work at Williams 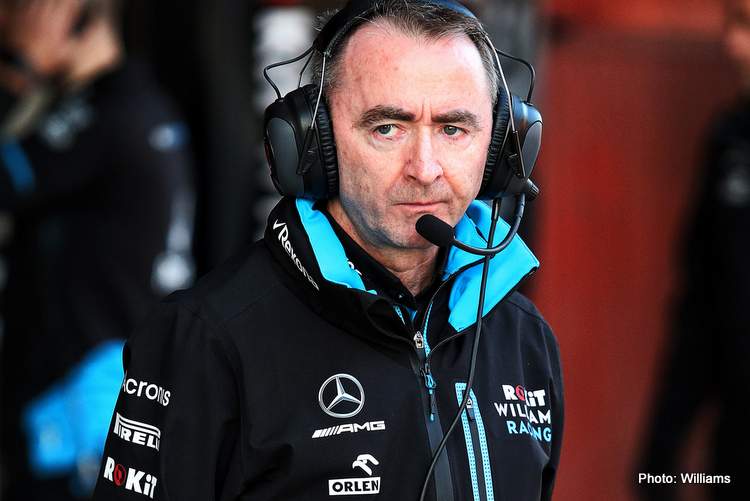 Former technical director Paddy Lowe is leaving Williams with immediate effect and has stepped down from the board of directors, the Formula 1 team announced on Tuesday.

Lowe had been on an extended “leave of absence” since March 5, before the start of the season.

Lowe’s position at the former world champions appeared shaky last year and worsened after they failed to finish their new car in time for the start of testing in Barcelona and turned up two days late.

The team are last in the championship and have yet to score a point with a car that has been the slowest on track all season. Williams finished last overall in 2018 and have not won a race since 2012.

Lowe joined Williams in 2017 from dominant champions Mercedes but last year’s car – the first under his supervision – proved ill-handling and uncompetitive.

The family-owned British team have British rookie George Russell and Poland’s Robert Kubica as their drivers.

Paddy Lowe, who has been on an extended leave of absence since 5 March, will be leaving Williams and will step down from the board of directors with immediate effect.

Paddy Lowe said: “After a period of careful reflection I have reached the decision that I will not return to work at Williams.

“I wish all my previous colleagues the very best to meet the challenges ahead, which I am sure they will do. I would especially like to thank the Williams fans who are so supportive.”

Claire Williams said: “We understand and respect the decision Paddy has reached and wish him well for the future.”

Williams FW42 on track with Russell on duty