The Day After: Untouchable Lewis 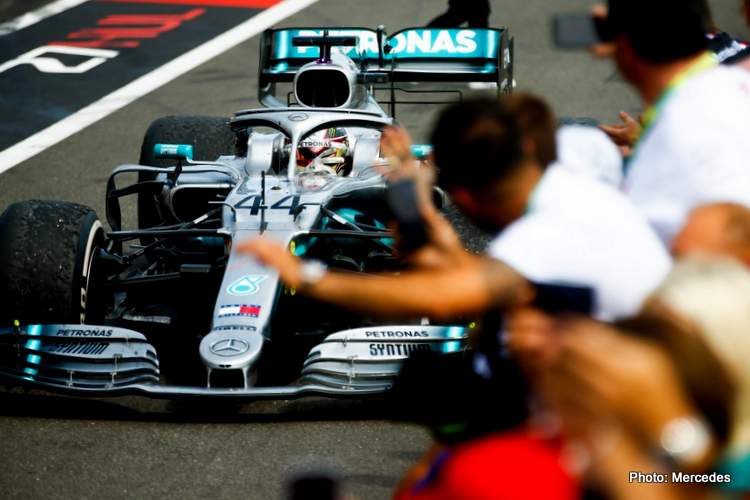 Almost recording his sixth career grand chelem, Lewis Hamilton was in a class all his own at the Circuit Paul Ricard on Sunday.

His win in Montreal might not have been not entirely on merit, but you certainly can’t say the same about Lewis Hamilton’s performance in Le Castellet.

Leading from start to finish, never even remotely challenged, and only a last-lap charge from Sebastian Vettel denying him a grand chelem, the championship leader’s Sunday was an ominous sign for those still hoping for a different outcome to this season.

Already, it was obvious Ferrari wouldn’t be the ones to keep the title fight interesting, but there is still hope Valtteri Bottas can – although it definitely took a hit on Sunday.

Ahead of his teammate by 18 seconds at the flag, Hamilton looked like he was driving another car entirely, to the point that many on F1 twitter openly mocked the “Bottas 2.0” designation thrown around earlier in the season.

Personally, I think that’s a bit unfair – Bottas is not the same driver he was in 2018 – but just as the Finn improved, now Hamilton has responded by raising his level even further.

How much more pace RoBottas can find within himself, I don’t know, but he’ll have to bring it in the next firmware update, and soon. Hamilton is already 36 points ahead in the standings, and that means the Finn probably already needs a bit of luck to reel him back in. The good news is with Austria less than a week away, Bottas won’t have to wait long for a shot a redemption – just don’t expect Hamilton to give it to him.

Another race, another dose of penalty controversy thanks to Daniel Ricciardo. This time however, I think it was completely earned. After out-braking himself trying to pass Norris, Ricciardo re-entered the track almost right on the apex, forcing the McLaren driver to take evasive action, and was behind Kimi before driving off-track in order to get around him, which is the definition of gaining an advantage. And before you ask, no this isn’t remotely similar to Vettel’s – he tried to make a few passes, and decided to ignore track limits in order to make them stick. Props for trying, though – this race needed some excitement!

I’m not sure what’s more shocking, that Ferrari had a “plan F” for Sebastian Vettel, or that they actually managed to execute it successfully – first time for everything, I suppose.

Props to McLaren for a very strong performance all weekend. A shame about Lando’s hydraulic issue, but there’s no doubting they’re the midfield team to beat.

So dominant it was boring, the championship leader made everyone – including his teammate – look like they were racing in a different category.

Worst of the Day: Pierre Gasly

A driver already under heavy fire for his performances this year, Gasly certainly didn’t do himself any favours with his dismal showing on Sunday. Barely in the points, and a lap down on his teammate, it’s simply unacceptable.

“No regrets. I tried. Would rather that than be a peasant and watch.” – Daniel Ricciardo, neither a fan of his penalty, nor the feudal system, apparently.