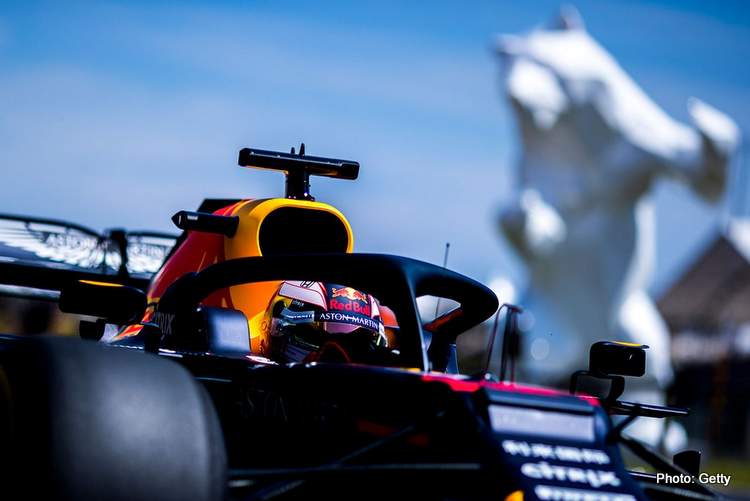 Max Verstappen does not fancy his chances of winning the French Grand Prix today as Mercedes are simply in another league, however the Red Bull driver believes Ferrari are not an unrealistic target.

Once again Mercedes – Lewis Hamilton in particular – pulversided their rivals in qualifying on Saturday afternoon, Verstappen’s effort in Q3 was good for fourth place on the grid, but a full second down on the pole-winning time.

And despite also being half a second shy of Charles Leclerc in the Ferrari, Verstappen is up for a fight with the Reds, if not the Silver Arrows, “We need a bit of luck I think. I do not think we can fight the Mercedes, but hopefully, we can with the Ferraris.”

“It will be tricky, but at least we start in a good position in comparison with Canada. We give it a good go and see where we end up.”

As has become his modus operandi, Verstappen extracted what few could from the package at his disposal, which was eight tenths more than Pierre Gasly could find in the sister car on an afternoon which not only exposed the Frenchman but also highlighted Honda’s shortcomings in the power-stakes relative to the pacesetters.

Unperturbed and notably not pointing fingers at the obvious power deficit, Verstappen reflected on his Saturday afternoon shift at Circuit Paul Ricard, “I think we took the maximum result. My lap was not the best, because the car behaved a bit strange in the last two corners.”

“We have to look at that. Otherwise, we could have been closer to Ferrari. It seems that McLaren is now very close to us, but normally we should be three, four tenths ahead of them. But we maximised our position and I am happy to be on the second starting row.”

Team boss Christian Horner, remarked afterwards, “The circuit evolved quite a lot from Q1 to Q3. I think Max extracted everything possible from the car and he did a very good job today.”

With Mercedes likely to run away with proceedings in France (and probably the rest of the season) F1 neutrals out there will be relishing the prospect of Max in the mix with the Ferrari boys who are proving to be easy prey these days.