Alfa Romeo: We’re back in the points! 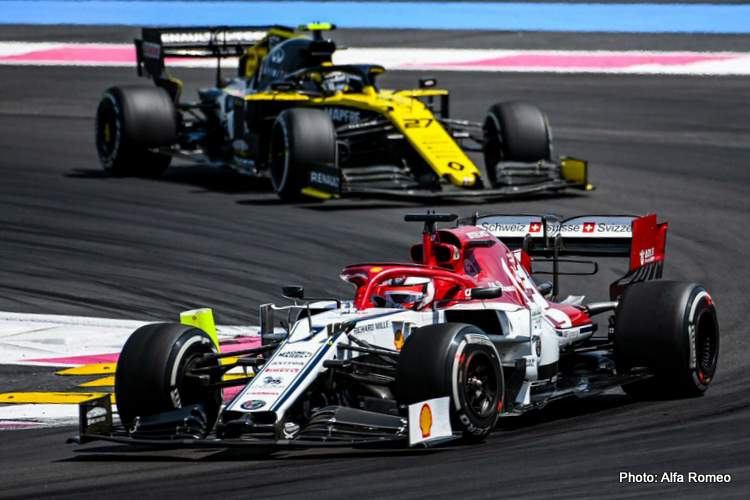 We’re back in the points! Kimi brought home the car in P8 to add FOUR points to our championship tally. It was a deserved result after a fighting performance and one that reflected the improvements we have seen all weekend long.

They say hindsight is always 20/20, but in reality, there were plenty of elements that were hinting that four points would have been the reward for our efforts. At the time they looked like coincidences, but now we know they were FOURshadowing the events of the weekend.

It’s not that our drivers arrived in shiny, new Alfa Quadrifoglio – FOUR leaf clover – nor that Kimi (FOUR-letter name anyone?) was the driver leading the team home. The Finn was involved in a FOUR-car battle with Norris, Ricciardo and Hülkenberg, a fight triggered by a virtual safety car called FOUR laps from the end of the race.

Are we reading too much into this? Maybe. But we don’t care. We’ll still celebrate a good team result tonight. What’s on the menu? Petit FOURs, of course.

(Now, if it turns out we scored six points… then we’ll need a whole new lot of coincidences!)

Frédéric Vasseur, Team Principal: “It was very good to bring back the team into the points. All weekend, we have showed our fighting spirit and that we can compete with teams like Renault and McLaren.’

“Kimi drove an excellent race, withstanding incredible pressure from Hülkenberg for most of the afternoon and making the most of his opportunities in the final laps to claim some important points.”

“Antonio was unlucky, his race compromised by having to start on soft tyres. He showed good pace in the opening laps, but there was nothing he could do to remain in the points. He should take heart from a strong performance in qualifying.”

“I was a bit disappointed to miss out on Q3 yesterday, but we knew it would be much better to start on different tyres than the softs, and so it was. I didn’t make the best start but luckily I didn’t lose too much on the straight and I could fight back in the next few corners.

“We were in a strong position after the start, on the hard tyres, but I had to hold back Hülkenberg the whole race. It was a great battle with the Renaults for most of the afternoon and in the end I was able to catch up with the cars in front.

“The last few laps were very intense and it was good fun. It’s really good that we could fight against other cars in the midfield and be up there. We had the speed and we got a good result in the end.”

“It was disappointing to finish out of the points, but we were up against it when starting on the soft tyres. It was the price to pay for a good performance on Saturday, but it effectively compromised my race before the start.

“We pitted early as the softs didn’t last, but in the end we had to make another stop in order to finish the race. I can still take some positives from a strong qualifying, and of course it was important for the team to get back into the points.

“I would have loved to celebrate Alfa Romeo’s birthday with a better result, but we showed to be competitive and hopefully we can carry this form to the next races.”